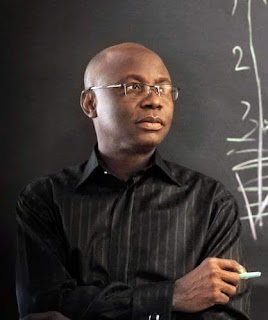 The founder and General Overseer of the Latter Rain Assembly, Ogba, Lagos, Pastor Tunde Bakare has reacted to criticisms generated by his reported declaration that God told him to run for presidency in 2019.

The cleric, in a series of tweets on Sunday, denied reports that he wanted to run for Nigeria’s presidential seat in 2019, adding that his message from God was misinterpreted.

Pastor Bakare said at no point did he say he would run in 2019 or declared open a presidential campaign as was inferred in the reports.

Bakare wrote, “The declaration was not Presidential campaign announcement; it was an invitation for prayers sent out to fellow labourers initiated to our corporate destiny as nation builders.

“Nowhere in that declaration did I mention running for election. It is, however, not surprising that politicians and politically minded have interpreted it as such.

“Every time the word “run” is used in a statement, the politician think of elections while a statesman thinks the next generation. I am, by God’s grace, a nation builder propelled by the dream of a New Nigeria and hopefully will become a statesman someday.
Posted by Unknown
Labels: News