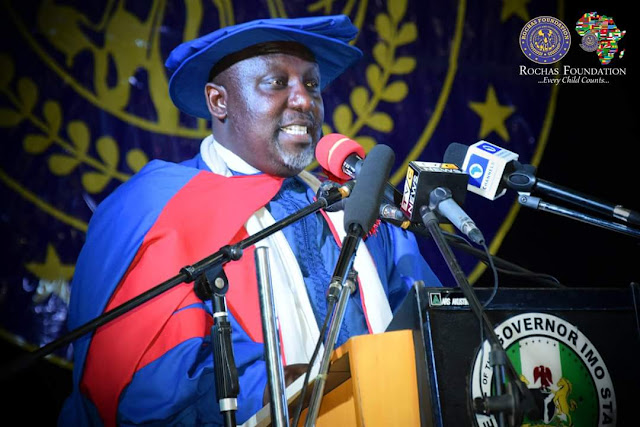 Barring his roaring ambition, unrestrained avarice and acutely inflated sense of self importance, Rochas Anayo Okorocha, Executive Governor of Imo State, would probably have been able to steer his legacy away from the spite and derision which have irreparably disfigured it! In the beginning, he may have bristled with ideas, and may have set upon the task of urban renewal and expansion of the Owerri metropolis with admirable zeal. But this was immediately offset by evident shoddiness in the conceptualization  and execution of key projects, and obvious opacity in the contract award process.Yet, Rochas must take the credit for helping to turn Owerri into one of the most charming cities in the East, a leisurely and enchanting metropolis today bristling with boulevards and floral arcades!

Had Rochas sought contentment in just striving to be an able administrator of his state, history would have simply judged him by the prevailing poor standards of governance in much of the country, and he would not have come up too short! But Rochas rankles because of his arrogance and hubris, his deviant politics, his searing ambition to take on larger national roles, and his desperate and ruthless eagerness to sacrifice all in pursuit of self- promotion and personal aggrandizement. 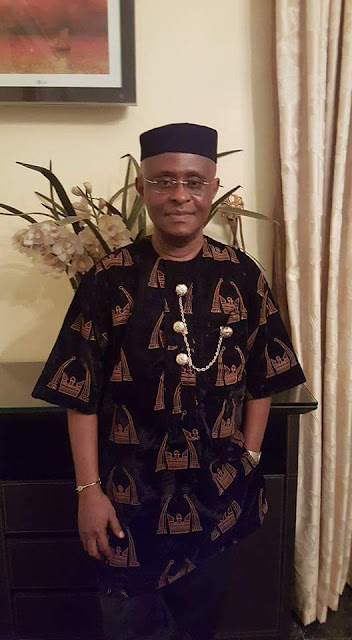 His obvious Achilles is that his ambition, soaring as it is, is not made of sterner stuff. Sensing a void in Igbo leadership, he appropriated for himself the title of "Owelle", thereby unwittingly setting up inevitable historical comparisons between himself and the inimitable Dr.Azikiwe, the original Owelle. It was a comparison in which the street-honed Rochas was bound to come off resoundingly dwarfed by the genuinely scholarly first Nigerian President. It was in his bid to ape the electrifying oratory of Dr. Azikiwe that Rochas ended up acquiring the irritating demagoguery of the market place that has come to define his public speaking. The great Zik had been a brilliant internationalist, rubbing shoulders effortlessly with global statesmen, icons and scholars. Zik's allure sprang from a first rate intellect, and an erudition honed in some of the best Universities in America. It was natural therefore, because of his charisma, erudition and arresting physical presence, that Zik would be much sought after on the global stage. But Rochas began his own career as an "internationalist" on a ludicrous note- a mere handshake with Barak Obama was canonized,  frozen in time and preserved on humongous billboards across the state; he sought out Zuma and Ellen-Sirleaf, invited them to his own capital in apparent breach of protocol, and ensnared them with statues and effulgent praise! And because there apparently exists a Ministry of Happiness in the United Arab Emirates, Rochas has proceeded to also replicate and domestic same in Owerri, with his sister in superintendence.

All this travesty has been impelled by a conviction that his All Progressives Congress will hand over power to an Igbo in 2023! In a region suffering from an apparent deficit of statesmen, there therefore exists a need for farsighted men of ambition to bolster their credentials in readiness for what is to come. Rochas' maneuvers are therefore intended to confer him with an unassailable edge, while the statues and effigies would testify to the times and indelible moments that Rochas made the historic transition to statesman!

However, had Rochas been more systematically educated, especially in the liberal arts, he would perhaps have been better equipped to appreciate that greatness can never be contrived, and that there is a limit to how far artifice and chicanery can take a leader! Ironically, for all his striving, the image that emerges is that of a local potentate irredeemably steeped in buffoonery and conceit. I have no doubt that President Buhari himself, and other leaders of the APC, would be deeply embarrassed by the shenanigans of this unfortunate accident of history!