Tragedy in Ogidi as Teacher dies after Flogging Student 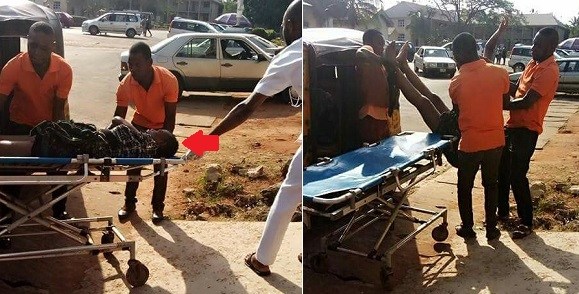 On Wednesday, 29th November, 2017 a secondary school teacher was reported dead after flogging a student in her class. Report shows that the mother of one 14-year-old Okafor Chinaza, a student of Starlight Secondary School, Ogidi – fought and killed her daughter’s teacher for flogging her.

Further reports confirm that the student in question was flogged by her Igbo teacher and class mistress earlier in the morning for not sweeping the class according to class roster. When the teacher walked in to teach them, she found out that the class was dirty as she questioned the student why she didn’t carry out her duty. The student allegedly responded in an insulting manner to the teacher according to fellow student’s present in the class room. In response, the teacher asked her to kneel down before the class but the student reportedly refused as the teacher annoyingly flogged her and she fled the class from the school fence, and ran home.
Posted by Cheta Igbokwe
Labels: Gist