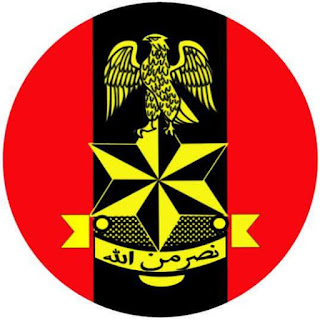 A bloody clash was averted at the United Bank for Africa (UBA) branch in Gusau, Sokoto, on Friday when a soldier slapped policeman attached to the bank.

The scenario also led to gun shots forcing customers on queue and passers bye to scamper to safety.

An eyewitness said the incident occurred near the bank’s Automated Teller Machine (ATM) when the soldier tried to evade the queue and other customers complained to security agents attached to the bank for intervention.

He said: “On coming to find out what was going on, the soldier slapped the policeman who immediately alerted his colleagues.
“Within minutes, everywhere was tensed and gun shots rented the air which dispersed all of us away.

“Within minutes a sizeable number of policemen appeared at the scene and some military men including three military officers and a military policeman arrived the scene with vehicles to douse the tension and took the soldier away.”
Posted by Unknown
Labels: Crime