A+ A-
Print Email
ABUJA 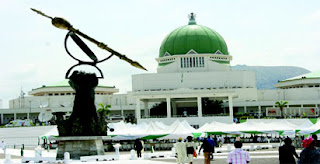 —THE Senate has taken a swipe at the Transmission Company of Nigeria, TCN, for spending a whopping N738 million to clear abandoned goods at the port. The attack came when TCN Managing Director, Usman Gur Mohammed, disclosed the expenditure at a budget defence session with the Committee on on Power, Steel Development and Metallurgy, led by Senator Enyinnaya Abaribe, PDP, Abia South, to defend the 2018 budget proposals of the agency. NASS Mohammed, who did not name the goods, said they were abandoned for over ten years at the port. The committee was, however, not comfortable that TCN used N738 million, about 13 per cent of its budget, to clear goods when Nigerians were in dire need of power supply for business and other activities to grow in the country. A member of the committee, Senator Suleiman Hunkuyi, APC, Kaduna North, asked  the Managing Director of TCN whose responsibility it was, between the TCN and contractors, to clear imported goods. While providing answers to the question, TCN boss who noted that contractors were supposed to be given duty waiver, said if a contractor abandoned the goods at the port, the TCN would have no option but  to clear such goods. He also said that some of the goods had been in the port for ten years, stressing that N738 million of the N2 billion provided was spent on the clearing of the goods. Senator Abaribe who wondered why government should tax itself so much to the extent of frustrating power projects, said, “Government is part of the Independent Power Projects. Goods for the NIPP projects arrive in the country ports, government insists on heavy payment of duty. Government ends up taxing itself thereby increasing the cost of the projects and its execution. The goods are abandoned for years, some 10 years.