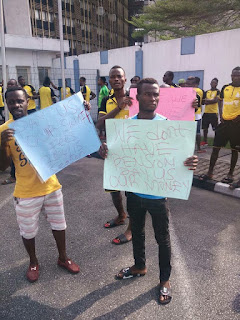 Players of Rivers United FC this morning stormed the Rivers State Government House to press home demands for the payment of sign on fees for the 2014/15 football season. It was gathered that these monies were owed by the previous administration, before the merger, and during the days of Sharks and Dolphins FC.

Governor Nyesom Wike addressed the players personally and promised to look into their demands.

The players thanked the Governor and apologized seriously for their actions of this morning.. 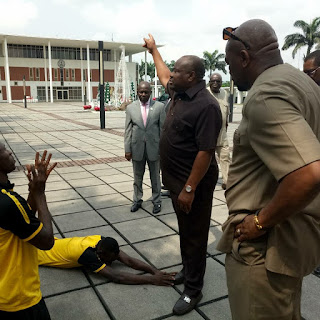 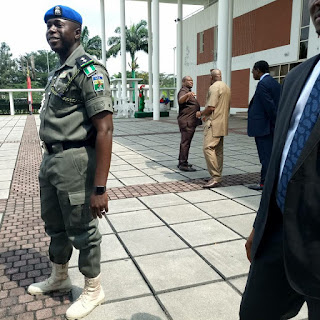 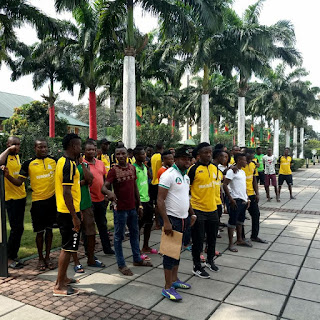