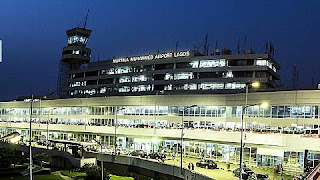 The Federal airports authority of Nigeria, FAAN, has reacted to allegations of theft by top musicians, Wizkid and Tiwa Savage.

FAAN said that the reports of theft are 'false and Baseless'. On Wednesday, luggage belonging to both artists were reportedly stolen from a Bombardier Challenger 605 jet with registration number T7-A00 while it was slowly taxiing to a Hangar at the Murtala Mohammed Airport, Lagos. The artistes were returning from a function in Uyo, Akwa-Ibom state.

A spokesperson for FAAN, Henrietta Yakubu said the reports were false, adding that it was impossible for the jet to be burgled.

"The purported victims in the said cases also did not make themselves available for questioning, in the quest to unravel the case.

Although investigations are still ongoing, FAAN will like to reassure travellers and the general public that with the level of safety and security systems on ground at the airports, it is practically impossible for an aircraft to be burgled within our Runways and Aprons."
Posted by Unknown
Labels: CelebrityGist