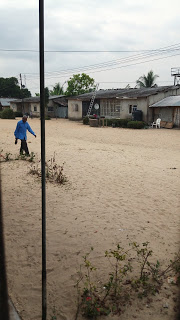 A gang of assassins attacked the house of a Pastor in Ogbia Main town of Ogbia local government area, Bayelsa State on Friday 22nd December.

An exclusive with the victims revealed that the incident happened around 11pm and lasted for almost 4 hours.

The family was taken out of their house at Victory street, to the main entrance road of Ogbia main town and held hostage for several hours.

Luckily one of the members of the household managed to place a distress call to another family member who wasn't at home during the time of the attack but was however caught and given the beaten of her life.

The assassins who had guns and knife on them revealed that they were paid by another pastor to kill the pastor which they had held hostage.

According to the victims, luckily for them, the rescue call that was made yielded positive results as Ogbia main town vigilante group and police came to their aid before things could get any messier after several hours of torture and robbing the family of their personal items.

The pastor who insisted on keeping his identity discreet said:

Neighbors saw the operation but were too scared to come out.

They had already separated me out from the rest of the family members, to kill.

We thank God for our lives, it would have been a different story if the girl had not gathered mind to place that call.

The vigilante group has not been functional for a very long while due to non payment but they still came still came out along with the police.
Posted by Unknown
Labels: Crime