Okorocha and the limits of clowning By Ikechukwu Amaechi 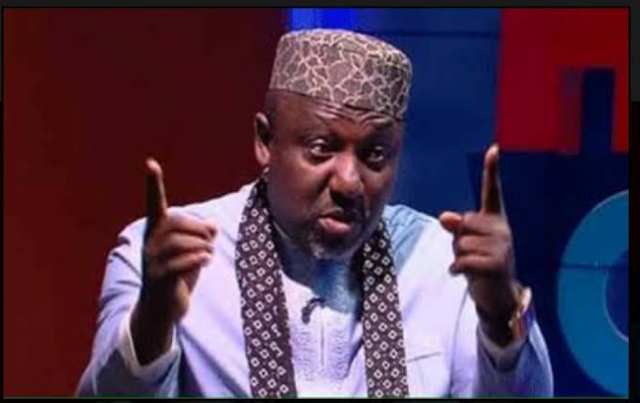 I was about leaving my office on Thursday, November 30, when a friend and former colleague called to ask if I was watching the Lagos-based Television Continental (TVC)

I was not! Why did he ask? Rather than answering, he riposted, “What is wrong with your state governor for God’s sake?” My friend, who is Yoruba, knows I am from Imo State and Owelle Rochas Okorocha is my governor. I asked him what the governor had done again, whether he had erected another statue.

He said there was a live broadcast of the 50th birthday anniversary of the governor’s wife, Nneoma Nkechi Okorocha, and wondered why in this very austere economic environment, a governor would waste a people’s patrimony on such vainglorious celebration.

I had no answer partly because the question, what is wrong with your governor, has become a daily burden for Imo indigenes. He sympathized with me and hung up.

The grandiose celebration of Nneoma’s birthday came just three months after the governor used almost the whole of September to lavishly celebrate his own 55th birthday with 27 giant cakes.

The question of what is wrong with Governor Okorocha reverberated again on Monday, December 4, when he swore in 28 new commissioners 10 months after the dissolution of the Imo State Executive Council and 27 Transition Committee Chairmen for the local government councils in the state.

Curiously, Okorocha, the man who claims his vision drives him crazy, created a brand new “Ministry for Happiness and Purpose Fulfillment,” to be manned by his younger sister, Mrs. Ogechi Ololo.

Many Nigerians are scratching their heads searching for reasons to explain Okorocha’s bizarre disposition to governance.

Besides, why is he reducing governance in Imo State to a family affair? Before this latest appointment, Mrs. Ololo had served as his Deputy Chief of Staff and Special Adviser on Domestic Affairs. Okorocha’s Chief of Staff, Mr. Uche Nwosu, who is his son-in-law, is the state’s de facto deputy governor. When the current deputy governor, Prince Eze Madumere, was the Chief of Staff, Nwosu was the commissioner for Lands. The worst kept secret in the state is that the governor will stop at nothing in ensuring that Nwosu, his daughter’s husband, succeeds him in 2019. The only minister from Imo State, Professor Anthony Anwuka (Minister of State for Education) is father-in-law to Okorocha’s second daughter, Uju. It was this same Mrs. Uju Anwuka that the All Progressives Congress (APC) government appointed a member of the Board of the Federal College of Education (Technical), Omoku, an appointment Okorocha said he rejected because he was “never consulted or briefed.” Many believe that the so-called rejection was because he didn’t see that particular board as a juicy one and, therefore, undeserving of his daughter’s membership.

In December 2016, the governor, through his Secretary to the State Government (SSG), Mr. George Etche, disclosed that his wife supervises four ministries – women affairs, works, health, as well as office of the SSG. And the question is, in what capacity? Nobody knows? Okorocha thinks he owes Imolites no explanation for his actions. He takes the people for granted because in his subconscious, he believes he is doing them a huge favour as their governor when the entire country is yearning for an Okorocha presidency.

Lets us be clear here. There is nothing wrong in a governor appointing a relation into his government as long as the appointee is qualified and primed to add value to governance. But to think that in a state blessed with pristine human resource as Imo is, only members of the Okorocha family can play such roles is the height of self-delusion. To say the least, such contemplation is surreal.

Back to the extant issue! What does happiness and purpose fulfillment mean? In real terms, what will be Mrs. Ololo’s job description? What will be her key duties and responsibilities? In what way(s) will the commissioner guarantee that Imo couples find fulfillment? What will be the yardstick for measuring success? Which committee of the Imo State House of Assembly would have oversight responsibility over this ministry?

Beyond all these, what does a state in a country struggling to extricate itself from the asphyxiating grip of self-inflicted recession do with 28 commissioners? How can a governor that is delinquent in the payment of salaries and pensions assemble such an unwieldy cabinet at this 11th hour?

In over six years as governor, Okorocha has refused to conduct local government election. It is only in an unserious country like Nigeria that this impunity can go on unchallenged. What manner of democracy makes an elected official a god whose actions, no matter how spurious and injurious to the wellbeing of the people, cannot be challenged?

To say that Okorocha is a clown in government is to be charitable because even clowning has its limits. What is going on in Imo State in the name of governance is beyond clowning. It is a tragedy.

To add insult to injury, he takes himself serious, thinking he is the best thing to happen to the state since its creation as he alluded to when he claimed that his administration had exceeded the achievements of all the previous administrations in the state, both civilian and military, put together.

Am I surprised at this sheer delusion of the grandeur?

Many people have forgotten that this absurd theatrics didn’t start today. In July 2011, Okorocha stunned Nigerians when he appointed 70 advisers that included the position of Special Assistant on Comedy/Chief Comedian of the State.

How did we get to this sorry pass? Of course, many people have latched on the hackneyed refrain that people get the leadership they deserve. After all, this is a democracy and Okorocha is the governor only because the people voted for him.

But I just wonder how Archbishop Anthony Obinna of the Owerri Archdiocese feels now. Obinna, it was, who literally made Okorocha governor in 2011 by leading the assault of the Imo Catholics against the then governor, Ikedi Ohakim.

When all else seemed to have failed in the orchestrated campaign of calumny against Ohakim, the church pulled the joker from its bag of intrigues alleging that he physically assaulted a Catholic priest. The noise the allegation generated was so deafening that Ohakim’s feeble voice of protest was completely lost.

Ironically, nobody saw or heard from the Reverend Father who was assaulted. When Imo Catholics, wearing black, demonstrated in the state capital, Ohakim’s re-election bid was doomed irreversibly. The popular refrain then was that the man who beat a Reverend Father will never govern the state again.

But does that explain the lack of moral outrage in the state against the shenanigans of their governor? Or is it that the people are so ashamed of the role they played individually and collectively in enthroning Okorocha with his bizarre tendencies in office that they would rather keep quiet? Is Imo State now Okorocha’s conquered fiefdom?

What are the members of the state House of Assembly doing? Is the legislature no longer constitutionally obligated to act as a check and balance on the executive arm of government and to rein in executive lawlessness such as the one presently in full display? Aren’t the shenanigans in Imo in the name of quixotic governance already beyond the pale? When will the people say enough is enough?

It is really a tragedy that Imo, a state once governed by Samuel Onunaka Mbakwe, the Igbo heartland, has become the butt of all national jokes courtesy of a man who claims to have come on a rescue mission.