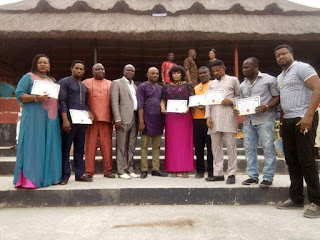 Speaking after the Swearing in ceremony and issuance of certificate of office, which took place at Bongo Center Owerri, on Saturday December 9, 2017, Mr. Emeka Rollas hailed the guild for embracing peace, adding that it is the dream and vision of his administration to have peace across the chapters of the nation.

He however in a chat with news Ifeanyicy.com, admitted that it is impossible for everyone to come onboard, adding that there are some people who would always want everything to go their way.

“For some people, when things don’t go their way, they protest, but that’s ok. The new administration will be open to work with anyone who extends hands of fellowship to them, but it is not possible to work with everyone” 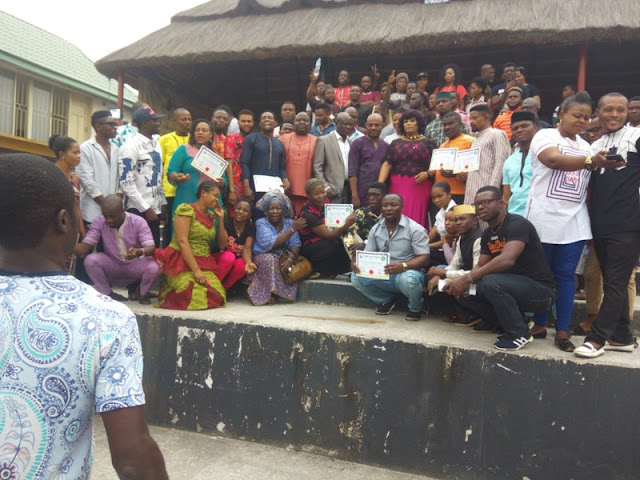 
Emeka Rollas Ejizie and Nneoma Ukpabi spoke with one voice on the area of data collection as both admitted that no one could be called a member of the guild in the state, because there is no trusted database of members.
Nneoma Ukpabi however pledged to make it one of the first things her administration would be achieving as the guild would soon have a reliable database and a website.
She further stated that capacity building in the guild will be their major call as they work towards improving the quality of movies produced by members of the guild as well as the standard of living of their members.

“We are planning trainings and other activities that will make our members better people in what they do. Most times, it is not just about going on screen and producing movies, there are other skills our people need to learn to help them manage their career very well”
“We have also pledged to attract more producers and directors to the state to ensure movies made in the state and those made by our people are always on the top spots”, she added. 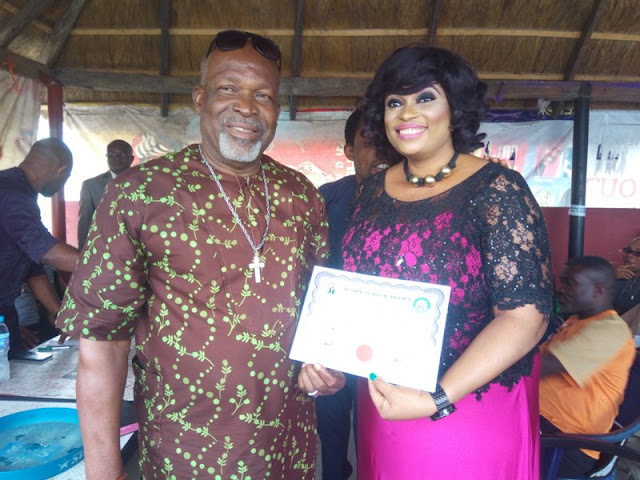 She then called on all and sundry to come on board for them to rebuild the guild for the good of everyone. 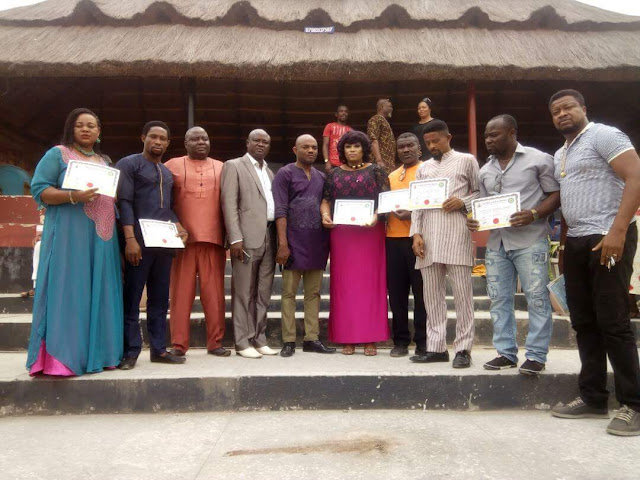