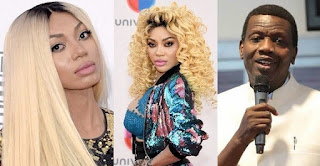 The viral video featuring Redeemed Christian Church Of God General Overseer, Pastor Enoch Adeboye asking members to donate One billion Naira for church project has been met with fierce condemnation and mixed reactions as every meaningful Nigerians has criticized to move.

Daddy Freeze and others has fired shots at the man of God and the latest to slam him us Beauty entrepreneur Dencia. Daddy Freeze had also criticized the demand stating that the church had enough structures and funds should be utilized for the creation of social amenities in the country.

In reaction to Daddy Freeze post, Dencia who is known for being vocal on controversial issues, dropped a nasty comment on his page. 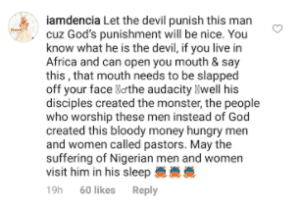