Menu
Home » »Unlabelled » Is this any way to execute Nigeria's budget?

Is this any way to execute Nigeria's budget? 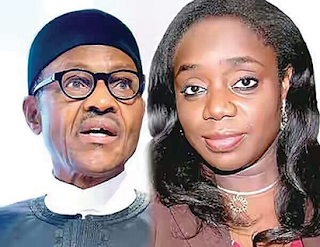 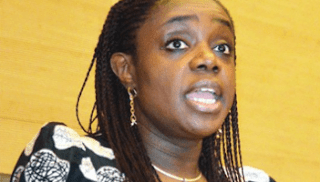 Last year we released N1.3th for capital and so far this year we have released N450bn. This week we will release another N750bn. This will take the total releases to N1.2tn by the end of the year —The Minister of Finance, Mrs Kemi Adeosun. Buhari and Kemi Adeosun IF ever a self-indicting statement has been issued by a Minister of the government in power, Mrs Adeosun has just done it to the Buhari administration. Unknown to her, she has also undermined the great effort made by the Ministry of Budget and National Planning to prepare and submit the 2018 Budget to the National Assembly, NASS, in hope of securing passage before December 31. After that declaration of colossal failure, the NASS should take a little bit more time to study the 2018 budget presented by Buhari. The reasons are not hard to discover. In 2016, with a budget proposal of N6tn, the capital expenditure was N1.3tn or 21.7 per cent of the budget. In 2017, the proposed budget was N7.4tn and the capital expenditure is expected to be N1.2tn or 16.2 per cent of the total budget. Are we making progress? Furthermore, only N770bn of the N1.3tn or 59 per cent of funds for capital projects was released before December 2016. That certainly added to the recession of that year. The carry-over till April 2017 partly helped the nation to exit the recession in 2017 which was partly self-created the previous year. Obviously, releasing the bulk of the funds so late in the year guarantees that the funds will have no impact on this year’s economic performance. It also reveals that most of the projects included in the 2017 budget were either not touched at all, or were under-funded. Either way, Nigerians received little or no benefits from the projects. The Ministry of Transportation serves as an example of a vibrant unit headed by a fully committed Minister whose efforts are being wasted by lack of funds. Mr Amaechi cut a sorry figure when he appeared before the Senate Committee on Land Transport to lament that his Ministry received only N31bn out of N192bn or 16.55 per cent. Consequently, only about 16.55 per cent of the programme was executed. Among the most important projects slowed down or shelved was the railways system which should have been nearing completion now but is bugged down by the failure of the Federal Government to get its priorities right. Everybody knows that the railway is not just another mode of transport; it has constituted the major missing link in our quest for sustainable double-digit economic growth. Hitherto, that sector of land transport had been ignored by all the previous Ministers responsible for it. Now we have one who is eager to take Nigeria to greater levels and his Ministry receives 16.55 per cent of budget in a full year. A few weeks earlier, the Minister for Power, Works and Housing, Mr Babatunde Fashola, was reported in a national paper to have stated that Nigerian roads are not as bad as people say. One can only hope he was misquoted. Shortly after reading that statement, three of us headed for six different inter-state motor parks in Lagos to interview drivers plying roads leading to all the six zones of Nigeria. Almost unanimously, their observations were unprintable. The least offensive was “The Minister is a liar”. Fashola himself has had reasons to grumble about the release of funds to his super-Ministry. Almost every Ministry and unit, including Aso Rock Clinic, is groaning from lack of funds and the N750bn promised for the balance of the year will not even scratch the surface with most of them. Federal roads nationwide will remain death-traps; Teaching Hospitals will remain “consulting clinics” (as they were described by Major General Buhari in January 1984); and the rail network will remain paralysed. More than two and half years after coming to office without a comprehensive blueprint for governance, the Buhari administration still believes it can continue to impress Nigerians by blaming the previous government(s). They can perish the thought. Jonathan did not prepare the 2016 and 2017 budgets; neither were the PDP governments of the past responsible for promising N6tn and N7.4tn for those years. Certainly, it was not GEJ’s Minister of Finance who announced the releases of N770bn and N1.2tn for capital projects  – while falling far short of budget and releasing funds too late each year. Since the All Progressives Congress, APC, controls both the Executive and legislative branches of the Federal Government, we want to align ourselves with the advice given recently by the Senate President, Dr Bukola Saraki when he asked the Buhari administration to “stop the blame game”. It serves no purpose; neither is it honest. President Franklin D Roosevelt, 1882-1945, in 1933, inherited, not a mild recession, but a full-blown and murderous recession. He did not waste everybody’s time blaming his predecessor. He came into office with a comprehensive Economic Action Plan which he started to implement from the first day. He had advice from which Buhari and APC might learn. “People who are hungry and out of a job are the stuff of which dictatorships are made.” (Message to Congress, January 11, 1944). With no discernible programme to create millions of jobs, other than the fraudulent Social Intervention Programme, SIP, Buhari is preparing Nigeria for a dictator. He threatens our democracy.
Posted by Cheta Igbokwe