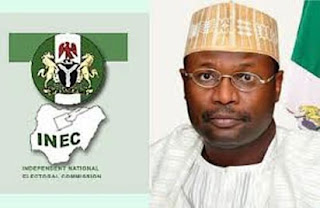 The Inter Party Advisory Council (IPAC), Anambra Chapter, has urged the Independent National Electoral Commission (INEC) to issue Certificate of Return to Dr Obiora Okonkwo of the Peoples Democratic Party (PDP). Prof. Mahmood Yakubu, Chairman of the Independent National Electoral Commission (INEC) The Chairman of IPAC in Anambra, Chief Bartho Igwedibia, made the call at a news conference on Saturday in Awka. Igwedibia said INEC should save the people of Anambra Central years of senatorial seat impasse without further delay and carry out the order of an Abuja High Court of Dec. 13. It will be recalled that the High Court ruled that Okonkwo is the authentic nominee of the PDP in the March 2015 Senatorial election for Anambra Central which was eventually won by Mrs Uche Ekwunife. The Court of Appeal had ordered a rerun because Ekwunife who won the contest was said to have been invalidly nominated by the party and her victory nullified. The IPAC chairman said the matter was primarily a pre-election matter and an intra-party affair, noting that no court nullified the validity of the election proper. “What I am saying as the chairman of IPAC is that Anambra Central has not had a Senator for over two years because the court rules that the person that won was not the valid candidate of the party. “That issue of valid nomination has been cleared by the Dec. 13 judgment of the High Court, so, what is INEC waiting for in issuing Certificate of Return to the valid candidate as adjudged by the High Court? “No court said the PDP did not win the election, no court said the March 15 election was not valid; it is purely a matter internal to the PDP and has been laid to rest.