Menu
Home » Gist » Innoson Boss Hugged By His Wife, Welcomed By Masquerade, Others In Enugu ( Pics)

Innoson Boss Hugged By His Wife, Welcomed By Masquerade, Others In Enugu ( Pics) 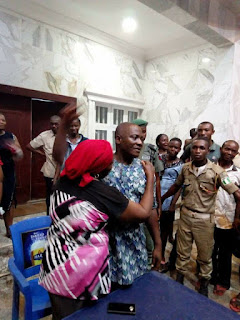 The Chairman of INNOSON Vehicle Manufacturing Company, Dr. Innocent Chukwuma, who was arrested Tuesday by the Economic and Financial Crimes Commission (EFCC) on allegations of jumping bail - received a heroic welcome as he arrived his home in Enugu state on Thursday. 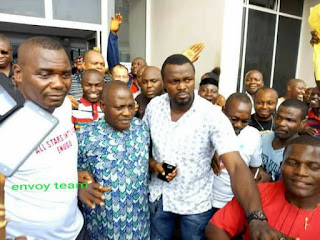 The Innoson boss was released by the EFCC after being flown to Lagos. 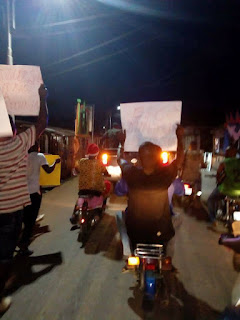 Traditional dances as well as masquerades gathered at the airport waiting the arrival of the industrialist said to be the biggest employer of labour East of the Niger. 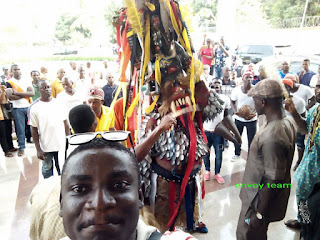 A long convoy of cars joined in escorting Chukwuma to his Enugu residence, with chants of solidarity songs. 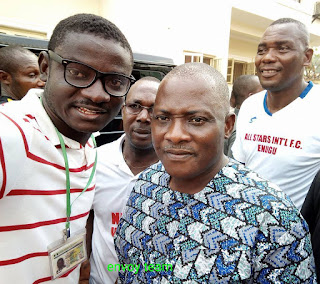 Some of them carried solidarity placards with different inscription such as ‘EFCC stop Embarrassing Igbo Nation”, “Our Senate is Working”, “Innoson can’t be intimidated”, among others. 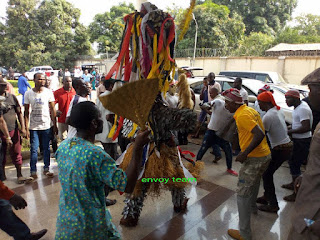 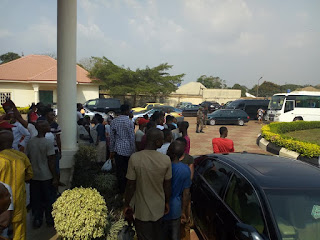