Menu
Home » Family » "I Will Not Share Him With You": 14-Year-Old Pregnant Maid Sacks Her Childless Madam

"I Will Not Share Him With You": 14-Year-Old Pregnant Maid Sacks Her Childless Madam 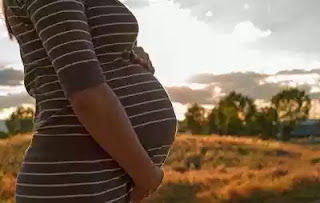 A 14-year old house maid dislodged a barren woman after she was impregnated by the woman’s husband simply known as Emmanuel, as she insisted she will not share or live with Emmanuel’s wife under the same roof.

The incident happened at Egbeda area of Lagos where Emmanuel resided with his wife and they had not been able to bear a child after years of marriage.

P.M.EXPRESS reports that the maid reportedly insisted that the embattled woman should look for another husband elsewhere since she was unable to bear a child for Emmanuel before she got pregnant for him.

This had caused serious problem between Emmanuel and the wife to the extent the matter was reported to the police at Area M Command, Idimu, Lagos.

Thus, Emmanuel was arrested and charged before a Lagos Magistrates court for rape and impregnating an underaged girl.

P.M.EXPRESS sought to know why Emmanuel will have to face such serious charge since the girl consented. Police sources explained that the girl was below 18 years before Emmanuel impregnated her.

P.M.EXPRESS scooped that the house maid was brought from the eastern part of the country by Emmanuel’s neighbour who was a single mother.

Emmanuel had sought for medical and spiritual solutions for his wife to get pregnant to no avail.

He was said to be secretly sleeping with the house maid until she became pregnant.
When her madam suspected her condition, she took her to a hospital, doctors conducted tests and confirmed that she was pregnant. She then opened up and mentioned Emmanuel as the one responsible. He admitted and promised to take of the girl and the baby.

However, everything turned upside down when the house maid gave the condition that she will not share him with his wife, thereby dislodging the wife which has landed Emmanuel in trouble.

Emmanuel was charged before Ogba Magistrates court for the alleged offence and he pleaded not guilty.

The presiding Magistrate granted him bail in the sum of N250,000 with two sureties in like sum.

He was remanded in prison custody pending when he will perfect the bail condition.