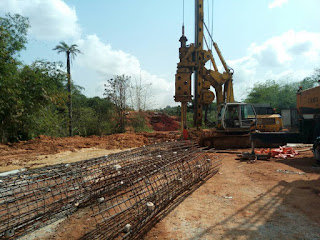 The hardship encountered by road users plying Nteje-Nengo Bridge will soon be a thing of the past with the ongoing construction work on the bridge.

Works Correspondent Ngozi Obileri monitored pace of work on the project and reports that.

When ABS arrived Nengo bridge Nteje, massive work were on going at various stages including earth work and drilling of beams among others. 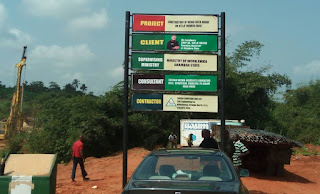 Mr. Khoyri noted that they would complete the second apartment before Christmas.
He added that the contract which is only for the bridge would be handed over to the state government in April next year.
Posted by Unknown
Labels: Politics