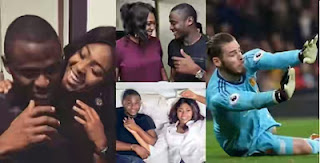 Following the match between Manchester United and Arsenal during the weekend which ended 3-1 in favour of Manchester united, thanks to the brilliant performance from the keeper, De Gea.

The game which may have ended in favour of Arsenal, due to huge chances they had but was totally denied by De Gea.

With De Gea’s fantastic performance, he was hailed as unarguably the Best Goalie in the World, with folks on Social Media, Nigerians included praising the Man United Goalie. 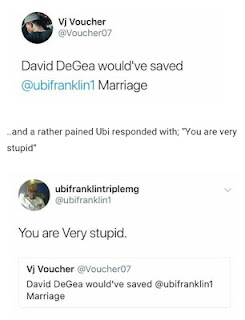