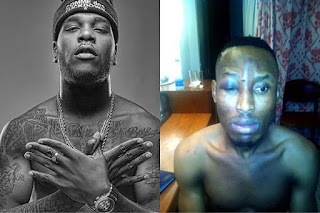 Embattled Nigerian singer, Burna Boy, who surrendered himself to the Lagos State Police Command on Friday is now a free man.

The singer who was declared wanted by the Lagos State Police command for his alleged involvement in the assault and robbery of colleague Mr 2kay appeared in court today and he was granted a 100,000 (One Hundred Thousand Naira) bail.

The case was also adjourned till December 29, 2017.
Posted by Unknown
Labels: CelebrityGist