Menu
Home » Politics » BUHARI, OSINBAJO, OTHERS COMMEND MRS OKOROCHA FOR HER CARE FOR THE LESS-PRIVILEGED

BUHARI, OSINBAJO, OTHERS COMMEND MRS OKOROCHA FOR HER CARE FOR THE LESS-PRIVILEGED 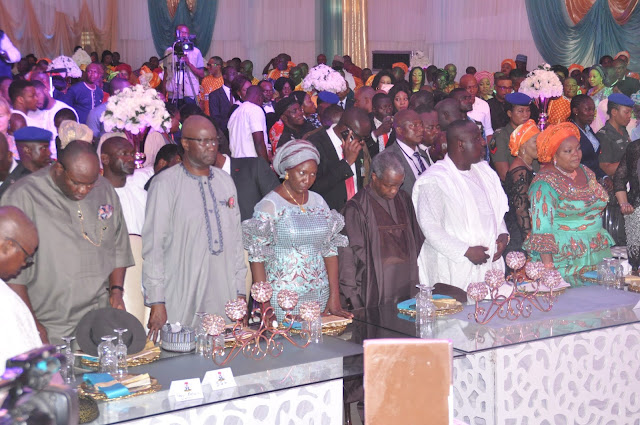 President Muhammadu Buhari, and his Vice, Professor Yemi Osinbajo have commended wife of the Imo State Governor, Nneoma Nkechi Okorocha for her love and Concern for the less-privileged ones in the Society.
President Buhari represented by the Secretary to the Government of the Federation, Mr. Boss Gida Mustapha and Vice-President, Prof. Osinbajo gave the commendations respectively at a colloquium and book presentation to mark the 50th birthday of Mrs. Okorocha at the Nick Banquet Hall, Government House Owerri on Friday, December 1, 2017.
The Vice-President had earlier commissioned an ultra-modern WELLNESS & Diagnosis Centre for children and women built by the Women of the Divine Destiny Initiative (WODDI), a Pet Project of Mrs. Nkechi Okorocha. 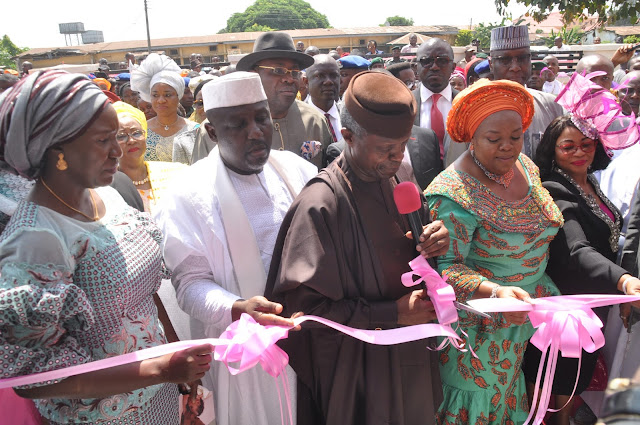 In his speech, President Buhari’s representative said “I was specifically called by President Buhari on two occasions to be in Owerri to honour you today. This shows that you occupy a very special place in the heart of the President. At 50, you have achieved much more than can be imagined especially through your SNARP projects and just like the Levites in the bible, you can now rest and enjoy God’s favours in your life”.
The Vice-President Prof. Osinbajo said “I have always been fascinated by the quality of Nkechi Okorocha’s philanthropy. There is a certain quality that is out of the ordinary just like her SNARP project which has changed the lives of many widows for better by providing quality homes to them. Just today we opened the WODDI Wellness, and Diagnosis Centre which focuses on preventive approach, to sickness or illness especially in women and children.
He noted “The facility is incredibly well equipped with highly qualified staff including her own daughter. Her motivation is not just her kind heart but her understanding heart. You need a great heart to understand degradation and devastating effects of poverty. Poverty is not all about having money but it consists of other human deprivations”. 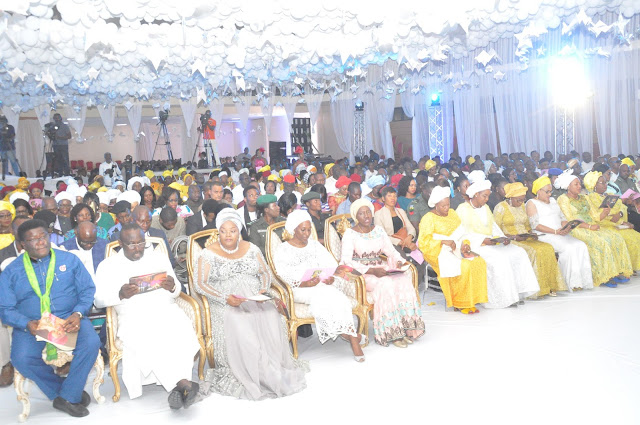 The Vice-President added “Greatness does not come by positions or circumstances of birth. All the evidences we see in history is that greatness is bequeathed to only those who serve others selflessly. Just like Mother Theresa who held no position but became great by feeding the lepers just like you are feeding the indigent and poor women and children of our nation”, he stated.
Wife of the Speaker of the House of Representatives, Mrs. Gimbiya Yakubu Dogara who represented wife of the President Hajia Aisha Buhari described Mrs. Okorocha as a woman with a large heart, and dependable, who delivers assignment of national interest with utmost patriotism, adding that the woman has done a lot for the less-privileged.
Chairman of the occasion, Bayelsa State Governor, Chief Seraki Henry Dickson said “This is the kind of thing we should emulate across the Country, to Celebrate ourselves irrespective of political differences. This is the first step towards achieving the Unity we all desire. I urge well-meaning Nigerians to support the Imo First Lady”. 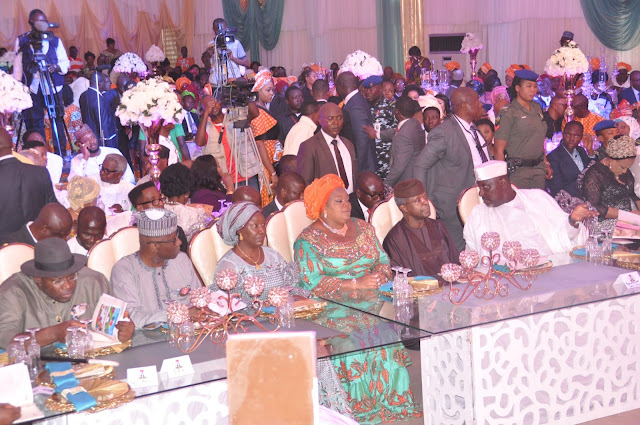 Governor Rochas Okorocha in his speech remarked that the wives of governors in attendance “have demonstrated unity more than us men, I recommend that we give more positions to women in government, only then we can achieve our desired goal of building a great and united nation. Even when I quarrel with Gov. Fayose or when Gov. El Rufai abuses me, we still see their wives here bounded in love irrespective of political and cultural differences. This is our hope for a better Nigeria and this love of our wives is the pillar of our nation building”.
Mrs. Nkechi Okorocha in her emotion laden speech told her audience that her joy was that God has given her the opportunity to touch lives and to put smiles on the face of somebody who has forgotten how to smile.
Other dignitaries in attendance were Governor Okezie Ikpeazu (Abia), Minister of Communication, Barr. Adebayo Shittu, Minister of Labour and Productivity, Dr. Chris Ngige, Minister of State for Education, Prof. Anthony Anwuka, National Secretary of APC, Alhaji Mai Mala Buru, Chief Emmanuel Iwuanyanwu, Deputy National Chairman of APC South-East, Chief Emma Eneh, that of South-West, Chief Segun Oni.
Wives of governors who were also present include, Mrs. Bethy Obaseki (Edo), Dame Edith Okowa (Delta), Mrs. Nkechi Ikpeazu (Abia), Mrs. Monica Ugwuanyi (Enugu), Mrs. Feyi Fayose (Ekiti), Mrs. Olufunso Amosun (Ogun), Mrs. Mario Almakura (Nasarawa), Mrs. Omolewa Ahmed (Kwara), Mrs. Bolanle Ambode (Lagos), Mrs. Magajiya Badaru Abubakar (Jigawa), Mrs. Betty Akeredolu (Ondo), Mrs. Racheal Umahi (Ebonyi).
Sam Onwuemeodo
Chief Press Secretary to the Governor
Posted by IfeanyiCy Njoku
Labels: Politics