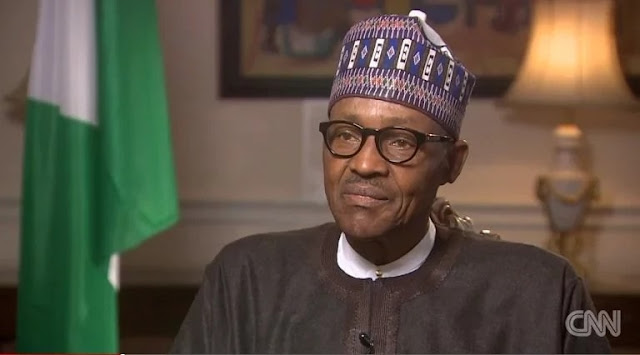 Nigerian President, Muhammadu Buhari, has blamed European countries for human trafficing scourge across the world, especially as it affects Africa. He also expressed disappointment with western countries over delay, or outright refusal, to repatriate more stolen funds stashed in their countries, by ex-Nigerian government officials.

However, reports from sources at the just-concluded fifth African Union/European Union Summit in Abidjan, Côte d’Ivoire indicate that the president said for there to be a halt to human trafficking as well as curb the deaths of desperate migrants as its currently being seen in Libya, the EU must work more diligently with the African AU, to bring normalcy to Libya and for the EU to be more forthcoming with humanitarian aid and other forms of assistance to countries directly affected by the menace and by terrorism.
Posted by Cheta Igbokwe
Labels: Politics