Bobrisky In Tears. Replies Ex-Gateman Jacob Over Video, Says "I Leave You To God 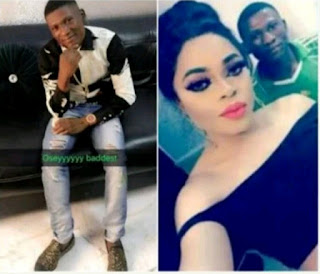 Following claims by Jacob that his former Boss Idris Okunleye popularly known as Bobrisky did not pay him for 6 months and also took the money he made from dancing in MC Galaxy's music video, Bobrisky has now reacted to the allegations leveled again him by his former right hand man.

The bleaching expert and social media star reacted in an unexpected manner by telling Jacob "I leave you to God". He also revealed that he is quite shaken and has been crying his eyes off.
Posted by Unknown
Labels: CelebrityGist