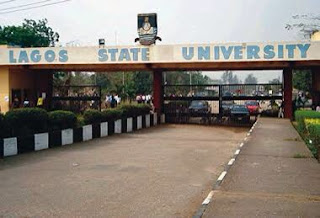 Academic Staff Union of Universities, ASUU, Lagos Zone, has asked Governor Akinwunmi Ambode of Lagos State, to set    up   a panel of inquiry to probe the lingering crisis rocking the Lagos State University, LASU, Ojo, over the alleged sack of seven of its members, among others. LASU This came as ASUU also rejected recent sack of   150 members of Kogi State University, KSU, Ayungba ,calling   on the   State Government to reverse the action. The Lagos Zonal Coordinator of the Union, Prof. Olusiji Sowande, who briefed journalists yesterday at the ASUU office in Federal University of Agriculture, Abeokuta, said the zone was mandated by its national body to look into the crises at both LASU and KSU  and come out with recommendations. The Zonal coordinator briefed alongside other ASUU executives, such as Prof. Deji Agboola of Olabisi Onabanjo University, Ago Iwoye, Dr John Fayemi of Tai Solarin University of Education, Ijagun, and Dr Dele Ashiru of University of Lagos. Others were Dr Akinloye Oyewumi of Lagos State University and Dr Adebayo Oni of FUNAAB. On LASU, Sowande claimed members were being hounded by the Vice-Chancellor for demanding for a functional budget monitoring committee, alleging that “our members incurred LASU management’s wrath  because they asked for evidence of proper utilisation of the N1.3bn NEEDS Assessment Revitalisation fund released to the school in 2013.