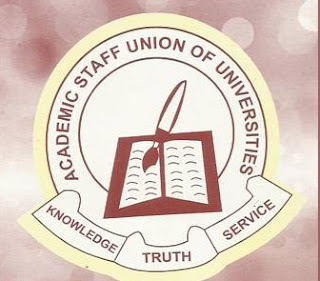 According to the don, four members of the university community died in the last two months due to inability to raise money for their health challenges as the institution is owing them six months’ salary arrears.

Addressing a press conference at the university on Sunday Prof Olu, also decried alleged underfunding of the state- owned institution saying the situation is gradually killing the school he described as a "glorified secondary school."

Olufayo noted that EKSU’s standard has nosedived in the last few years due to poor funding by the state government.

The don said for the university to meet the global standard, it would need about N600m as monthly subvention contrary to the paltry N260m being released to the school by the government.

Olu lamentedthat the staff had been placed on half salary in the last one month, but threatened a showdown with the university management if their gross salaries arrears of April , May and June, 2017 are not paid before Christmas celebration.

The ASUU leader further said that efforts taken by the institution to articulate all the problems confronting the university and inform Governor Ayodele Fayose about them, and to make him see reasons for increase in subvention and taking of the issues of welfare seriously had fallen on deaf ears.

“As I speak with you, we have not received Earned Academic Allowance for six years. The management just paid some of us that of 2011 to 2014 by borrowing a sum of N200m from the bank. I don’t know how others will get theirs with this paucity of fund.

“Within the last one year, the total number of additional workers has almost caught up with total number of employees since inception in 1982 without increment in budgetary allocation to the institution.

“Only God will know the fate of the university by the time we have full- fledged College of Medicine , Pharmacy and Dentistry.

“Not minding the above, the lecturers have been working assiduously to bring the university to an enviable world class standard by all known means, a mission seemingly impossible except by a faithless faith”.

Olu commended the national leadership of the union for intervening in the crisis rocking the university as well as the Tertiary Education Trust Fund (TETFUND) for executing meaningful projects in the institution.
Posted by Unknown
Labels: Education