Menu
Home » Politics » 36 Speakers And Their Deputies Meet In Enugu

36 Speakers And Their Deputies Meet In Enugu 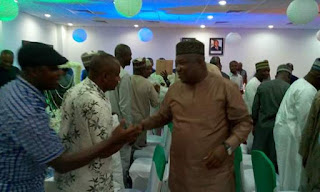 The Enugu State governor Hon. Ifeanyi Ugwuanyi while welcoming the Honourable Speakers and their deputies to Enugu, urged them to ensure that “your decisions be inspired by the compelling need for a united and peaceful Nigeria; One Nation, Peace and Unity”. 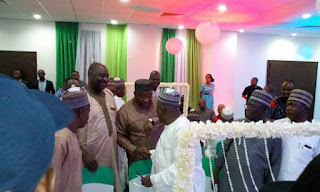 The governor invited the legislators to enjoy the peace and security that exist in the state through God’s abiding Grace and the modest efforts of his administration, and wished them fruitful deliberations.
Earlier in his remark, the Chairman, Conference of Speakers of State Houses of Assembly, Alhaji Ismaila Kamba, commended Gov. Ugwuanyi for entrenching peace and good governance in Enugu State as well as “the wonderful hospitality” he accorded them in the state.
Alhaji Kamba stated that there is no better state to host the conference than Enugu, describing the state as “the home of legislature”.

He disclosed that they unanimously agreed to be sincere and do justice to all the issues to be discussed by listening to the people’s contributions so that whatever they agreed upon will be a collective decision. 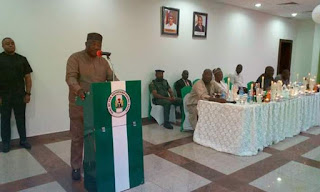 The Speaker of Enugu State House of Assembly and Deputy Chairman of Conference of Speakers, Rt. Hon. Edward Ubosi also welcomed his colleagues to the Coal City state, and commended the governor for the harmonious relationship between him and the legislators, saying: “We are working well with our governor”.
Posted by Unknown
Labels: Politics