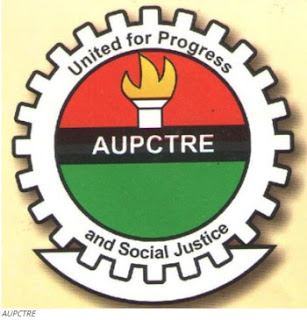 The Amalgamated Union of Public Corporation, Civil Service Technical and Recreational Service Employees (AUPCTRE) has appealed to President Muhammadu Buhari to stop the proposed sale of National Historical Assets to fund the 2018 budget. Mr. Yusuf Zambuk, General Secretary, National Governing Council of AUPCTRE, made the appeal in a statement made available to newsmen on Tuesday in Abuja. Amalgamated Union of Public Corporation, Civil Service Technical and Recreational Service Employees (AUPCTRE) Zambuk said the concept of funding national budget from sales of public assets was a strange phenomenon in public administration, particularly in budgeting. According to him, national historical assets have immense cultural significance to the nation, especially now that the Federal Government is focusing more on economic diversification. He listed the affected historical assets to include National Arts Theatre Iganmu, Lagos, Tafawa Balewa Square Lagos and others. The general secretary said AUCPTRE was concerned about the issue because of the fact that the union had its origin from patriotic struggles of organising workers employed in most public agencies such as National Arts Theatre. “Our attention has been drawn to the decision of the Federal Government to sell some National Historical Assets to fund the 2018 budget currently before the National Assembly. If the information is true, it’s a strange phenomenon. “When President Buhari came to power in 2015, his government made a statement that historical assets will not be sold for any reason to any private interest. “The stand of government was widely supported by the generality of Nigerians in particular and by all patriotic Nigerians. “We can therefore, not rationalise the changes in government policy, in particular on sales of public assets to fund annual budget. “In the light of above submission, we passionately appeal to President Buhari to intervene and stop the proposed sale of National Historical Assets and other national monuments to fund an annual budget,” Zambuk said. He, therefore, advised the Federal government to look inward to think of other sources that could fund the national budget without selling important assets such as national historical assets. The Director-General of Budget Office, Mr. Ben Akabueze, told the House of Representatives Committee on Finance and Appropriation on Nov. 28  that the Federal Government had concluded plans to sell the Tafawa Balewa Square and the National Arts Theatre to generate sufficient revenue to finance the country’s annual budgets for the next three years (2018-2020).