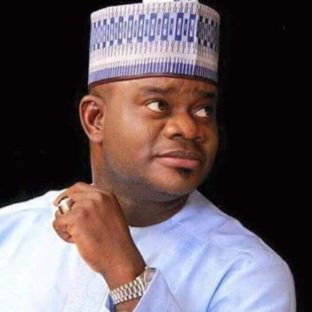 Governor Yahaya Bello of Kogi State has kicked against the anti-grazing laws enacted by some of his colleagues in Benue and Taraba states, saying herdsmen were welcome to graze in any part of the state.

Bello added that the herdsmen can call their kinsmen displaced in other states to Kogi State.

The traditional ruler of Elete, Chief Ahmed Aku, who was kidnapped last year by herdsmen, had advised the governor to follow the example of Benue and Ekiti governors.

However, Bello responded passionately, saying, “I will not enact any law to stop Fulani herdsmen from coming to Kogi State. I will not be part of any law that will forbid them from carrying out their normal business in Kogi State.

“Why don’t we develope a law that will make us live together harmoniously and tap from our different economic values?
“The next ‘oil’ this country is rediscovering now is agriculture. So if you don’t want anybody to disrupt the farms, I beseech you to also allow the Fulani carry out their businesses.”

… reads riot act to monarchs, LG bosses
The governor also threatened to dethrone any traditional ruler whose domain was used as a battle ground between farmers and herdsmen.

His words: “We will dethrone any traditional ruler of the land where such occurred; including removing any administrator of such local government—appointed or elected.”

Bello directed the Ministry of Local Government and Chieftaincy Affairs to ensure the Fulani were integrated into the traditional council area of all the local government areas of the state.

“This will ensure that the Fulani are aware of, and are part of decision making in the state.”

He also directed his Special Adviser on Security Matters, Jerry Moodart, to commence the process of taking census of Fulani resident in all the 21 councils in the state.
Posted by Unknown
Labels: Politics