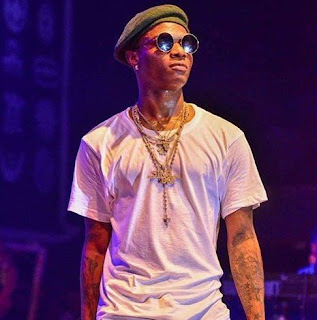 The singer, through rhis through his Twitter handle, confirmed that he indeed welcomed a son, and has since named him Zion Ayo-Balogun. Posting on his Twitter yesterday, the singer who already has two sons with two different women named the newborn ‘Zion Ayo-Balogun.’

Now, here’s the catch fam… After confirming the birth of Zion, Wizzy took to his Snapchat to reveal he’d be having more kids soon.

He wrote on his snapchat, “More to come”, with the Baby Feeder emoji… Which of course depicts that “More Babies Coming fam”..
See what he shared below;