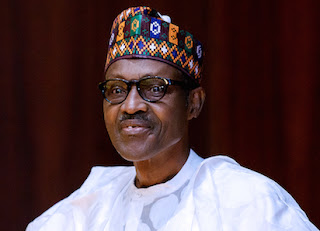 APPARENTLY disturbed by the negative reactions of some groups after the establishment of the anti-grazing law in Benue State, the lawmakers from the state on Friday asked President Muhammadu Buhari to support the law to save the citizens from the menace of herders.

The lawmakers also sent a warning signal that if the members of Miyetti Allah group were not called to order, Benue citizens may be forced to defend themselves because they can’t be second class citizens in their own Father land.

Addressing a press conference at the National Assembly, Spokesman of the Benue Reps caucus, Rep John Dyegh in a statement entitled:

Why FG Must Support Implementation Of Anti-Open Grazing Law In Benue state said:
“This press conference is to sound a note of warning to those who have vowed to violate the law and cause crisis in the state.

“It is also to draw the attention of the Federal Government and make a passionate appeal to the President and Commander In Chief of the Armed Forces, Muhammadu Buhari to grant full support to the Government of the State by giving a standing order to all security agencies to ensure maximum implementation of this wonderful piece of legislation.

“You are not unaware of the carnage and massive destruction visited on the peace-loving people of Benue by heartless terrorists operating under the cover of Fulani herdsmen for some years now.

“While this lasted, economic activities in the state were almost grounded as people abandoned their farms and businesses due to the ravaging activities of AK-47 bearing herdsmen, who constantly invaded their communities, destroyed farms, property, maimed and killed indiscriminately.

Dyegh continued, “the people of the state lived in constant fear of being attacked thereby forcing surviving victims of these dastard acts to abandon their homes.

“Our people are still living with the sordid memories of the massacre in virtually every nook and cranny of the state, particularly in Buruku, Guma, Tarka, Logo, Agatu, Gwer West and Gwer East etc. thousands of lives and property worth billions of naira have been lost to these inhuman actions of these so called Fulani herdsmen.

“Worried by the continued desecration of our land and a clear agenda to exterminate our people, the Benue State House of Assembly this year passed the Open Grazing Prohibition and Ranches Establishment Bill, which was signed into law by the Governor, Dr. Samuel Ortom on May 22, 2017.

“Benue people should not be treated as second class citizens or aliens in their own country.

“We must state here clearly and emphatically that the people of Benue have a long standing history with the Fulani’s dating tp decades of peaceful co-existence.

“The Fulani’s we know and lived with for decades bore only sticks, machetes and perhaps Dane guns.

“They mingled freely with us and exchanged banters, attended the same markets. But the so called AK-47 carrying herdsmen we see today are not the Fulani’s we know.

“We believe they are foreigners perhaps from neighbouring West African countries. They are a blood thirsty group of Fulani’s whose stock in trade is to maim, destroy and terminate lives.

“The Federal Government must therefore live up to her responsibility of protecting life and property and support the full implementation of this law so that the largely agrarian people of Benue can resume their farming activities and sleep with their two eyes closed.

The implementation of the law took effect on November 1, 2017.

After reading his text, other members of the caucus gave a vivid account of the travails of their constituents.
Posted by Unknown
Labels: Politics