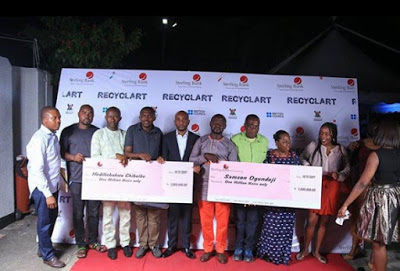 It was a memorable day for four Artistes at the grand Finale of the Sterling Bank’s Recyclart competition which held on Thursday, 16th of November 2017 at the British Council Ikoyi, Lagos. Guests, Sterling Bank Staff and other art enthusiasts were present at the event where four artistes who were awarded with N1million naira each.

After a long and highly competitive journey, with 630 entries into the competition from across the country, 16 finalists were selected. The top finalists submitted miniature versions of their works for exhibition during the African Culture and Design Festival (ACDF) which was attended by architects, designers and art connoisseurs from about 100 countries. The 4 winning artworks were selected from the 16 final entries after careful appraisal by Olu Amoda, Rom Isichei and Ndidi Dike.

In addition to the grand prize of N1million, the winning entries will be scaled up and used to beautify public spaces within their respective geographical zone. The installed artwork will be maintained by Sterling Bank with the four states.

Henry Bassey, The Chief Marketing Officer of Sterling Bank mentioned that each winner will have a solo installation/exhibition within his community to display their award winning works of art, courtesy of Sterling Bank.

Have a look at the winning artworks: 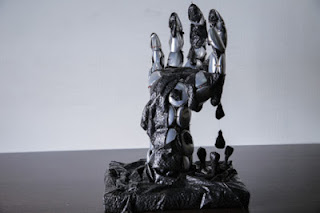 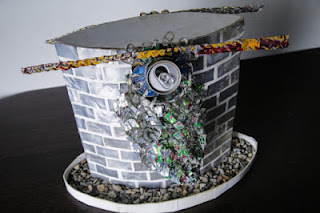 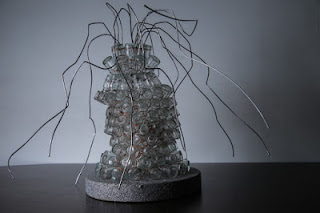 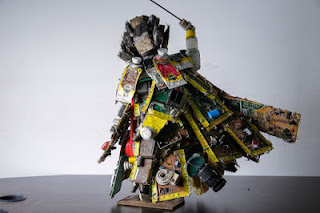