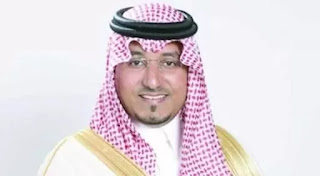 A Saudi Arabia prince was killed when the helicopter he was riding in with other senior government officials crashed in the southern region of the country near the Yemen border on Sunday, November 5.

Saudi news channel Al-Ekhbariya announced the death of Prince Mansour bin Moqren, the deputy governor of Asir province. He and the other officials were reportedly taking a helicopter tour of development projects near the coast when the incident happened.

He was a son of Muqrin bin Abdulaziz Al Saud, who briefly was Saudi Arabia’s crown prince from January to April 2015. The cause of the crash has not yet been revealed.
Posted by Cheta Igbokwe
Labels: International news