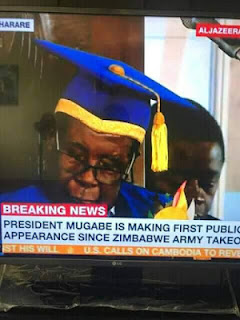 Robert Mugabe is still the President of the Republic of Zimbabwe. Today he was the guest of honour at a university graduation ceremony in Harare.

Zimbabwe’s President Robert Mugabe attended a graduation ceremony at a university in the capital Harare on Friday, his first public appearance since he was put under house arrest by the army late Tuesday.

Thr 93-year-old was pictured wearing a graduation gown and cap for the ceremony, at the Zimbabwe Open University.

It should be recalled that the country's military initiated a move to overthrow him after he sacked his VP with ulterior motive of handing over power to his wife Grace. 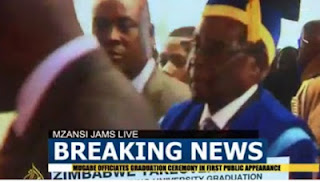 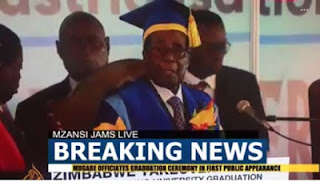