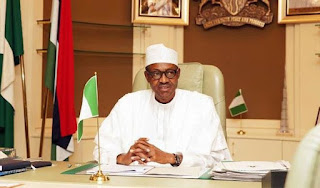 The Federal Executive Council (FEC) had, at its meeting presided over by President Buhari last Thursday, approved the draft budget proposal.
A source hinted yesterday that the president had got the nod of the National Assembly’s principal officers for the submission of the document.

“Yes, arrangements have been completed, the budget will be presented to the legislature this Thursday so that they can begin working on it in earnest,” said another source.
The Minister of Budget and National Planning, Udoma Udoma, had last week told State House correspondents that the executive would fulfil its promise of getting the budget proposal ready in October.

“We are liaising with the National Assembly because they have to approve the date for the president to come and address them to submit the budget. Before now, we used to submit in December, but now, the budget is ready in October. So, there is a very big difference,” Udoma had stated while addressing journalists shortly after last week’s FEC meeting.

Meanwhile, President Buhari last night, at the new Banquet Hall of the Aso Rock Presidential Villa in Abuja, hosted principal officers of the National Assembly to a rescheduled dinner.
The dinner could not hold last Thursday because the lawmakers refused to undergo personal security checks at the Pilot Gate of the Presidential Villa.

At press time yesterday (9:35pm), the dinner was still ongoing.
The president was expected to, among other things, lobby the leadership of the National Assembly ahead of tomorrow’s presentation of the 2018 budget proposal.
Presiding officers of the two chambers of the N/Assembly may read the President’s letter on the budget presentation today.
Posted by Unknown
Labels: Politics