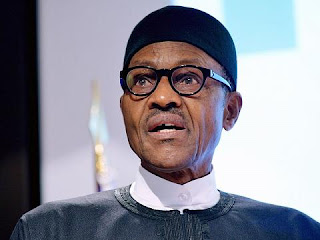 Presidential aide, Bashir Ahmad has reacted to a premium times report that President Muhammadu Buhari is still avoiding his Aso-rock office 81 days after returning from a medical vacation abroad.
It was widely reported on Thursday that President Muhammadu Buhari was still working in his home office almost 3 months after his main office in Aso-rock was shut down from 'Renovations'.

The report alleged that the reason for the president's avoidance of the office was due to spiritual issues. However, Ahmad via a post on Facebook this afternoon debunked the report. He wrote;

"For Your Information: President Muhammadu Buhari is currently presiding over an Armed Forces Council Meeting in this particular office you’re talking about." 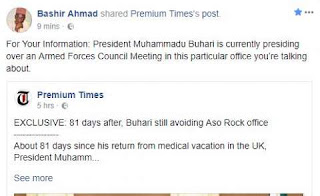