Plan to release 2018 budget on November 7 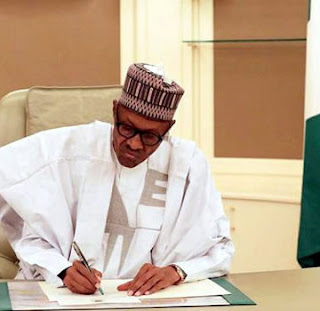 PRESIDENT Muhammadu Buhari has asked the National Assembly to grant him the slot of November 7 to present the 2018 budget estimates to the joint sitting of both Senate and House of Representatives members.
The president’s letter was read by the Speaker, Honourable Yakubu Dogara.
In the letter, President Buhari hinted that the budget would be presented by 2pm on the said date.
There was however a mild drama on the floor of the House when some members from the opposition, Peoples Democratic Party, told the Speaker that he mentioned “2017” instead of “2018”.
This forced the Speaker to read the letter again to the hearing of the lawmakers.
Afterward, the shout of no, no rented the air but the Speaker told his colleagues that “we don’t have the constitutional power to say no”.
In another development, the Chairman, House Committee on Capital Market and other institutions, Honourable Tajudeen Yusuf submitted a petition from concerned Nigerians on the level of implementation of 2017 Appropriation Act.
Posted by Cheta Igbokwe
Labels: News