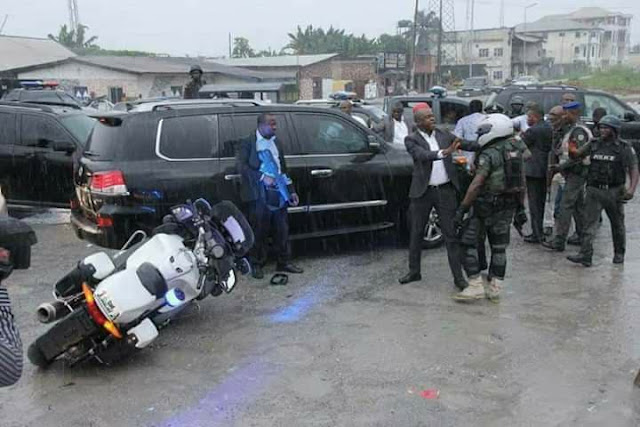 Rivers State Governor, Nyesom Ezenwo Wike on Saturday escaped assassination as Special Anti-robbery Squad Operatives and soldiers of the Nigerian Army in the motorcade of the Minister of Transportation, Rotimi Chibuike Amaechi attacked his convoy. 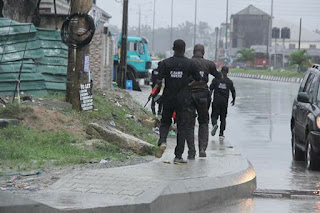 According to a statement from Simeon Nwakaudu, the Special Assistant to the Rivers State Governor, Electronic Media, the governor who was on project inspection was attacked at Nwanja Junction on Trans-Amadi Road.
The SARs Personnel and Soldiers in the Minister's convoy hit down the Governor's Escort Rider and attacked the policemen in the pilot car. 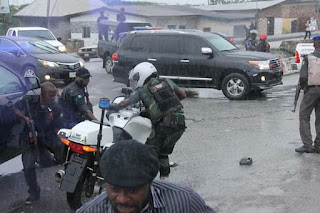 Mr Debewari , Aide -De- Camp, to the Minister of Transportation, Rotimi Amaechi, supervised the attack, which included damage of cameras held by journalists .
Also part of the attack, was the Commander of Rivers SARS, Mr Akin Fakorede who received the Minister of Transportation at the Port Harcourt International Airport and accompanied on his trip. 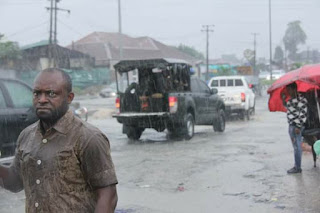 After the attack, the Rivers State Governor continued with his inspection of Projects.
Governor Wike was not harmed, despite the attack. 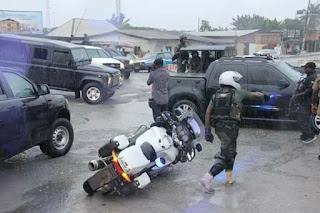 The Minister of Transportation had over 50 SARS Personnel , Soldiers and Mobile Policemen in his motorcade.