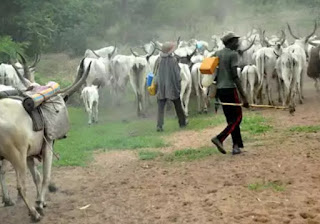 An organisation, SB Morgen, has called on the Federal Government to take decisive steps in addressing the conflict between farmers and Fulani herdsmen.

In a report titled, “The deepening pastoral conflict,” the organisation expressed concerns that farmers in parts of the country had resorted to self-help by, among others, placing poisoned crops on the paths of herdsmen and their cows.

SB Morgen said its investigation into a recent conflict between herdsmen and farmers in Igangan town, Ibarapa North Local Government Area of Oyo State, revealed that the herdsmen attacked the farmers after the farmers placed poisoned crops on the paths of their cows, killing about 15.

It quoted an eyewitness as telling one of its investigators that, “The herdsmen accused the farmers of killing about 15 of their cattle a fortnight before.

“Apparently, the farmers had poisoned the cattle by placing poisonous tubers of cassava on the paths that the herdsmen considered as grazing tracks.”

According to SB Morgen, at an emergency security meeting called following the clash, the Baale of the affected community, Oludele Oyedepo, maintained that the farmers had the right to apply any chemical to their crops, lamenting that heavy grazing by Fulani settlers had destroyed farm yields.

“We agreed at one of our meetings that a farmer has the right to apply any chemical on his crops,” the Baale was quoted to have said.

SB Morgen said the Federal Government must realise that the clashes between herdsmen and farmers struck at the heart of the citizens’ right to own property.

It said the Federal Government should not leave the issue in the hands of state governments that are making legislation to outlaw open grazing in their domains.
Posted by Cheta Igbokwe
Labels: News