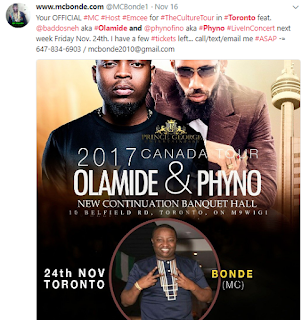 There's currently a tension in Toronto after angry Fans of Olamide and Phyno destroys tables at a concert they were meant to perform last night, the fans had paid for $50, and 100 dollars each to watch the show, but the singers failed to perform till 3am.

Not even chairs was kept for VIPs who paid $100, the show which was highly hyped, And much expectations from fans turned out to be a war zone, when it was time for Phyno to arrive the Stage, the MC announced that Phyno was sick, and Olamide had to take care of him..
The Truth is that they actually did arrived Toronto but failed to perform..

The fans who are pained that such money could be wasted, started destroying properties, The Police has since arrived the scene trying to calm things down, but neither Olamide and Phyno is yet to react to the news 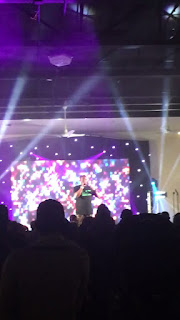 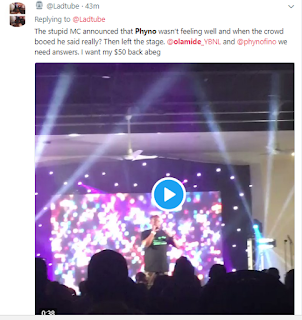 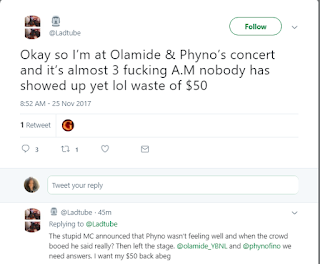