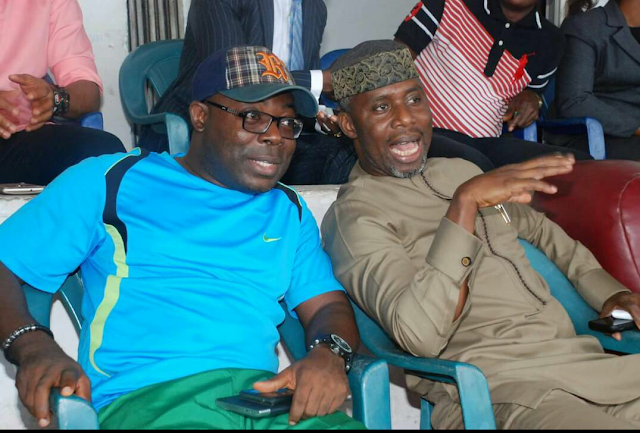 The Chief of Staff, Imo State Government House,  Ugwumba Uche Nwosu has identified with the family of Hon.Obinna Mbata on the death of his beloved father , Hon.Sir MacDonald Mbata.

The Chief of Staff made this known while in attendance during  the funeral service preceding the internment of the deceased.

Chief Nwosu who was visibly disturbed described the death of Pa MacDonald as an irreparable vacuum that only God can cover.

He called on the family especially the Hon. Obinna Mbata to take solace in the fact that Pa MacDonald lived a life of fulfillment and did well in bringing up the Children rightly, urging the family members not to allow the legacies left behind to vanish. 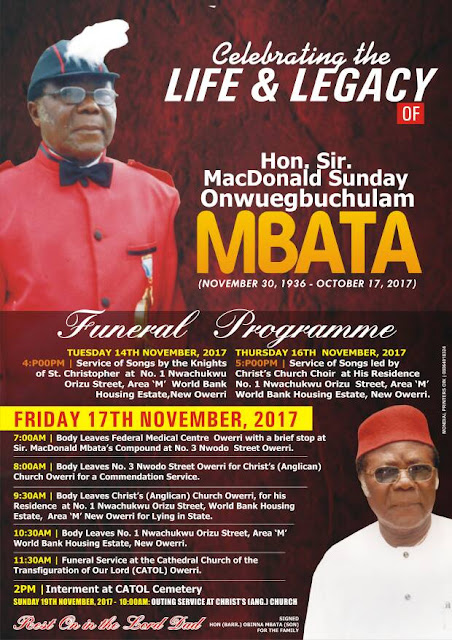 Sir Mbata,  a devout member of Anglican Communion and a knight also in the the communion is the father of the immediate Past commissioner for finance,  Imo State and also a Commisioner designate in the present Rescue Mission Government of Imo State.

Speaking further, Ugwumba Uche Nwosu noted that in Rescue Mission Government, we are our brothers keeper and when one is mourning, we all mourn likewise. Similar,  when one is celebrating, we do same.

In this gathering today,  it's both to mourn the demise and as well to celebrate a life well spent.

In all, may his Soul rest in peace, amen,  he concluded
Posted by IfeanyiCy Njoku
Labels: News.