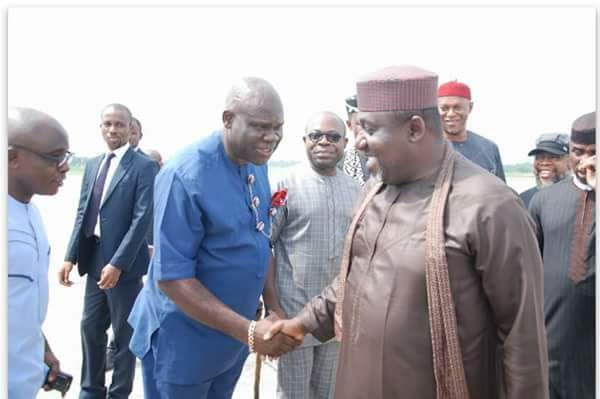 Obiaraeri ,who is a commissioner designate was endorsed by the governor when political leaders of the All Progressives Congress from Okigwe zone extraction who are loyal to Okorocha and traditional rulers visited government House .

The delegation was led by the speaker of the state House of Assembly ,Acho Ihim.

A source at the meeting who confirmed the development to Okeomanews ,said that Okorocha asked the processor of law to take a bow after declaring him the next senator of Okigwe zone.

Okeomanews had reported that ,Okorocha ,had positioned Obiaraeri to vie for the zone's most politically exalted position,a report some person described as false.