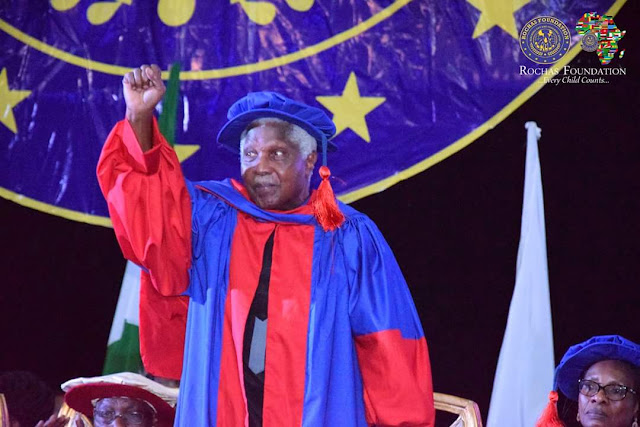 The Governor of Imo State, Owelle Rochas Okorocha has received the sad news of Dr. Alex Ekwueme, the former Vice President of Nigeria, with great shock, describing him as an epitome of DETRIBALIZED Nigerian, and therefore died as a statesman.

The governor remarked that nine years after the civil war, the rest of Nigerians re-enacted or reinforced their faith and belief in the Igbos as one of the major tripods of the nation through Dr. Alex Ekwueme who was elected the Vice President of the nation with Alhaji Shehu Usman Shagari as the president.

Governor Okorocha also noted that Dr. Ekwueme launched the Igbos into national politics since the second Republic and refused to be cajoled into playing tribal politics, and until his death, Dr. Ekwueme remained in the mainstream of Nigerian politics because of his firm believe in oneness of the nation.

According to the governor, Dr. Ekwueme was a good example of the kind of politics the Igbos should be playing at any given time and has left behind a befitting legacy.

He said Dr. Ekwueme’s peaceful and honest dispositions both in his politics, public and private lives are all worthy of emulation.

The only regret about Dr. Ekwueme at the moment is that he has died at a time his wealth of experience and his wise advice would have been most needed and most useful to all Nigerians of goodwill.

The governor said Nigerians and of course, Ndi-Igbo in particular would greatly Miss Dr. Ekwueme and prays that the good LORD should grant his soul eternal rest.