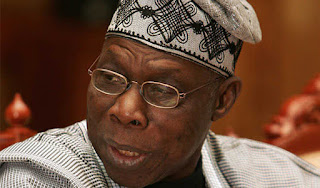 A former Special Assistant to an ex-Vice President, Atiku Abubakar, on Local Government and State Affairs, Dr. Umar Ardo, has said former President, Olusegun Obasanjo, will work against the PDP if Atiku is fielded as the party’s presidential candidate in 2019.

Ardo, who was also appointed as Special Assistant on Research and Strategy to then President, Obasanjo, in 2003, said Atiku, a chieftain of the ruling APC, was preparing grounds for his return to the PDP.

But Atiku’s Media Adviser, Paul Ibe said it was “ludicrous to accuse a man who is not a member of a party of plotting to hijack its structure. “Whoever is making this allegation has to look elsewhere for their failings,” he said.

Addressing newsmen yesterday in Abuja, Ardo, an ex-governorship aspirant in Adamawa State, said the return of his former principal to secure the PDP presidential ticket would spark-off fresh crisis and spell doom for the party.

In a petition dated November 5, 2017, and addressed to the Chairman, Adamawa State PDP State Congress Appeal Panel, Ardo called for cancellation of the congresses held last week in the state.

“We learnt that Atiku is coming back to the party with an ambition; an ambition to contest for the presidency. Now, his return will be a source of conflict because there are others in the party (PDP) who are also interested and are nursing this ambition.

“Along with the friends that Atiku will be coming with to the party is also those that will bring up enemies. For instance, it is an open secret and everybody knows it that Obasanjo will fight him.

“I think I will conclude that PDP will be better off without Atiku coming back,” he said.