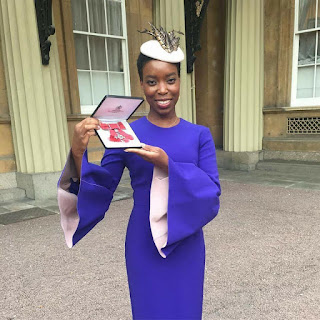 A Nigerian lady identified as Ade Hassan, the founder and director of lingerie and hosiery brand Nubian Skin, has received her Member of the Order of the British Empire ( MBE ) award today at the Buckingham Palace after being named in the 2017 Queen’s Honours list to receive an MBE for services to fashion. 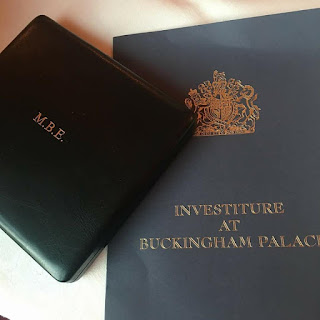 According to reports, the award was made in recognition of Hassan’s commitment to her mission to redefine nude through her brand, and the impact she has consequently made on the fashion industry.
Ade Hassan from Ogun state, created Nubian Skin in 2013 and launched the brand in late 2014. 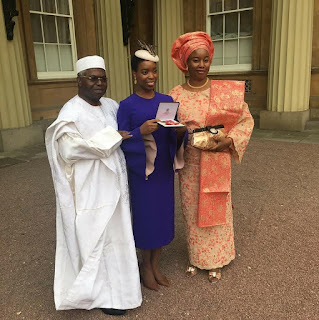 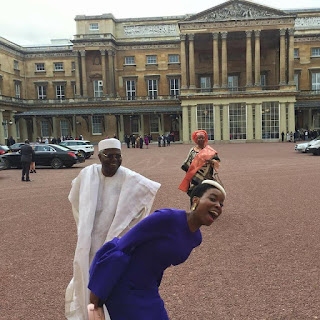 According to reports, Nubian Skin is stocked in leading department stores and boutiques in nine countries over four continents, with further online sales enabling the brand to reach more consumers than ever.
Posted by Unknown
Labels: Fashion