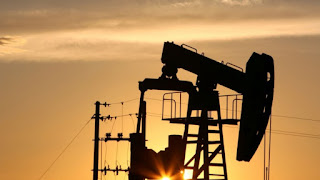 Nigeria and Libya will expect to face growing pressure from their counterparts in the Organisation of Petroleum Exporting Countries to end their exemption from production cuts and accept an output quota, when ministers meet on Thursday (today) for a closely watched summit.

The production cuts deal, which began on January 1 and called on OPEC countries and 10 non-OPEC producers led by Russia to cut a combined 1.8 million barrels per day in supplies, was in May extended by nine months to March 2018.

Nigeria and Libya, which were exempt from the cuts as they dealt with internal unrest that had targeted their oil infrastructure, have ramped up oil production in recent months as their security situations have improved.

While the production outlooks for both countries remain hazy due to political, security and technical challenges, voices had been growing louder within OPEC that their output has recovered sufficiently to join in their market rebalancing efforts, sources told S&P Global Platts.

“I think both countries will be discussed,” an OPEC source told Platts, but he declined to say whether members would insist on imposing quotas.

One option being discussed is a “loose” quota that would be triggered if production in either country rises to a certain level, while another option would be to place a quota right at or above each country’s production target, to at least symbolise that they were willing to accept a cap, other sources and analysts said.

But it would be entirely possible that both countries’ exemptions would be maintained, as they had been vehemently opposed to any output restrictions while recovering from militancy, the sources said.
Nigeria declared in late September that it had agreed to a production cap of 1.8 million bpd, a level the Minister of State for Petroleum Resources, Dr. Ibe Kachikwu, said would not be achieved until early 2018.

Other OPEC ministers and delegates appeared caught off guard by that announcement, as it contradicted Kachikwu’s previous statements that Nigeria would not join the output agreement until its production stabilised at 1.8 million bpd, from which it would cut.

Kachikwu had told reporters then that he wanted to “change the narrative” and that his country was already contributing to the deal by producing below that level, albeit involuntarily.

The nation’s oil production from January to October this year was close to 1.74 million bpd, according to the Platts OPEC survey, a rise of 300,000 bpd from December last year, but still much below the 1.8 million bpd cap.

Output hit a 16-month high of 1.86 million bpd in August, but has fallen since due to operational and loading delays.

It could face further challenges, with the growing threat of attacks in the oil-rich Niger Delta next year, as the country heads into its presidential campaign season, analysts said.

Counting Nigerian oil production has also been a difficult exercise, with divided opinions on what constitutes crude and what should be counted as condensates.

Nigeria has long said its oil production capacity is at around 2.2 million bpd, with condensate production accounting for between 350,000 and 400,000 bpd. The remaining 1.8 million bpd or so, which coincidentally is its self-declared cap for the agreement, consists of crude oil.

Nigeria this year began counting its Agbami grade, output of which is about 250,000 b/d, as part of its condensate production, which market watchers say makes it easier for the country to keep its crude output below 1.8 million bpd.

But some independent secondary sources used by OPEC to monitor crude output under the deal still count Agbami as crude.

Platts, one of the secondary sources, includes Agbami in Nigeria’s crude oil figure as it is marketed as a crude export blend and not a condensate by the Nigerian National Petroleum Corporation and international oil companies.

In its latest monthly oil market report, OPEC said its six secondary sources pegged Nigerian crude production at an average of 1.68 million bpd for the first 10 months of the year.