NDDC board reappoint not supported by Niger Delta youth 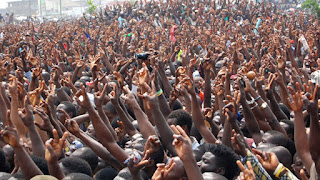 Niger Delta youth group under the aegis of Pan Niger Delta Youth Leadership Forum (PANLEAF) have vowed to protest the tenure elongation of the present board of the Niger Delta Development Commission (NDDC).
A statement signed by its President, Richard Akinaka, Secretary, Ubokong Umoh and Success Jack, it’s spokesman, said though the previous Dan Abia led administration had served for two years and another board was required to complete the remaining life of that tenure was not in contention.
It contended that to give a total fresh four years tenure to the same state is something totally alien to the NDDC enabling Act itself and an assault on their collective sensibility.
The statement added that based on the facts deposed to, by the Secretary to Government of Federation(SGF), the Managing Director(MD) position should ordinarily, have gone to Bayelsa State for a full four years term.
“But in all sincerity, the claim that the, Victor Ndoma-Egba led-board was given a fresh term of four years is a highly insensitive thing. It is the height of administrative corruption /irresponsibility and official rascality, especially in the context of pitching sister states against each other in a very volatile region as ours. We hereby call on the presidency to rescind this injustice in the interest of peace and stability in our region. And on the alternative, appoint the highest-ranking staff of the Commission from Bayelsa State as Managing Director.

The youth bodies from the nine states in the Niger Delta region, equally condemned what they termed ‘unhealthy political rivalry and the worthless show of shame of shame’ displayed by the Minister for Transportation, Rotimi Amaechi and the rivers state governor, Nyesom Wike.
“We condemn it in totality and demand that they show better examples that reflect that they still are, in a sound state of mental health fit for leadership.”
Posted by Cheta Igbokwe
Labels: News, Niger Delta