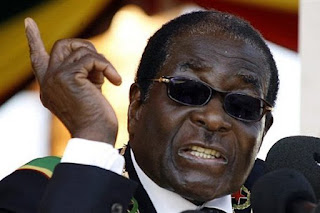 The move by the armed forces appeared to have resolved a bitter battle to succeed the 93-year-old president, which had pitted his former vice-president Emmerson Mnangagwa, against Mugabe’s wife Grace.
Despite his alleged involvement in atrocities in the 1980s, Mnangagwa is the preferred candidate of much of the international community, which sees him as being the most likely to guarantee a stable transition and implement economic reforms

South Africa sent ministers as envoys on yesterday morning.
Zimbabwe President Robert Mugabe remained in detention last night at his home in Harare, after the military declared on national television that it had temporarily taken control of the country to “target criminals” around the head of state.
One high-profile opposition leader said there was “a lot of talking going on”, with the army reaching out to them to discuss the formation of a transitional government after Mugabe steps down.
Mnangagwa was reported to have returned to Zimbabwe on Tuesday evening from South Africa, where he fled last week in an apparent attempt to clear Grace Mugabe’s path to power.