Menu
Home » Politcs » Mugabe to be removed today as President

Mugabe to be removed today as President 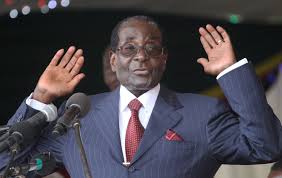 The controversial Robert Mugabe will be removed today as Zimbabwe president. Sources from the country’s ruling Zanu-PF party confirmed this.

Information reaching us also confirmed that the party will reportedly hold a special central committee meeting this morning to dismiss the 93-year-old as leader. The meeting is due to start at 10.30am local time and is also set to see the removal of Mugabe’s wife, Grace, as head of the Zanu-PF Women’s League.