Mugabe agrees to step down, set for exile to South Africa 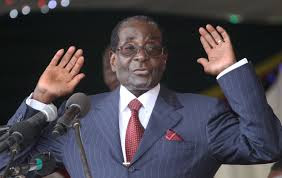 The Controversial President of Zimbabwe, President Robert Mugabe, has finally agreed last night to step down.

A twitter user who claimed to be speaking for the provisional government of Zimbawe confirmed that a new government is to be formed within 48 hours and Mugabe will then proceed on exile to South Africa. Fresh elections will be held in the spring of 2018 once order and peace have been established. 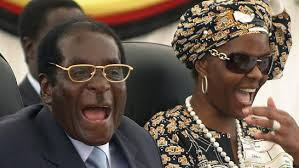 “The structure of government will remain the same under the provisional government of Zimbabwe. However, the introduction of new posts, such as ‘prime minister’ are being negotiated. “The new, provisional government of Zimbabwe will be formed within the next 48 hours. It is likely that vice presidential posts will remain vacant.
“Comrade R.G Mugabe is not going to be prosecuted for his actions and crimes throughout his tenure as Prime Minister (1980–1987) and President of the republic (1987–2017). He has accepted H.E Jacob Zuma’s offer and will depart to South Africa after the resignation.
“Mugabe is currently negotiating with the Zimbabwe Defence Forces. The provisional government will soon address the nation to update you all with the current situation.”