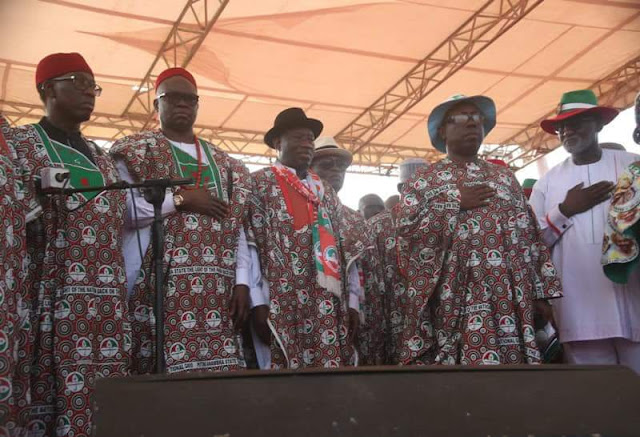 DELTA State Governor, Senator Dr Ifeanyi  and other Governors who emerged on the platform of the Peoples Democratic Party (PDP)  (16/11/17) stormed Onitsha for the grand finale of the campaign rally of the party's candidate, Mr Oseloke Obaze for the Anambra State gubernatorial election.

Former President Goodluck Jonathan at the rally called on Nigerians to defend democracy, even as
Chairman of PDP Governor's Forum, Mr Ayo Fayose of Ekiti State enjoined the people of Anambra to vote for the candidate of the PDP. 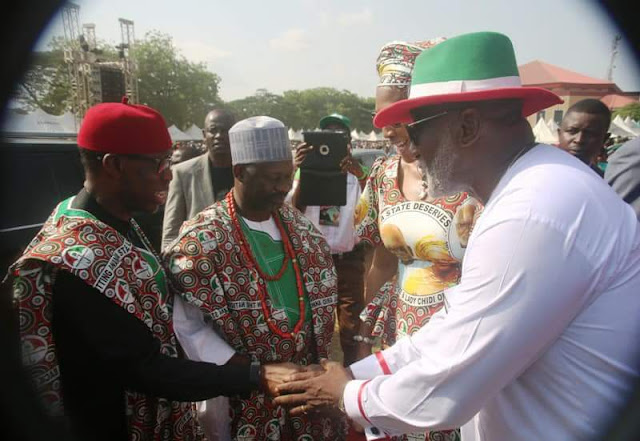 According to Jonathan, "we must all collectively, defend democracy; elections should be free and fair; do what you can to make democracy succeed."
He urged the people of Anambra State to vote for Obaze because, he will bring development to the state, adding, "Obaze is enterprising, he has a lot to offer the people and he will ensure good governance."
The former President used the occasion to thank Nigerians, especially, the people of South East for their support to him and the PDP, stating. "Anambra State remains a PDP State, founding fathers of the party are from Anambra State.

Governor Ayo Fayose accompanied by his Gombe State counterpart, Alhaji Ibrahim Dakwanbo had met Governor Okowa at the Asaba International Airport from where they moved to Onitsha for the rally which was described by pundits as mother of all rallies and clear indications that PDP will clinch the guber seat. 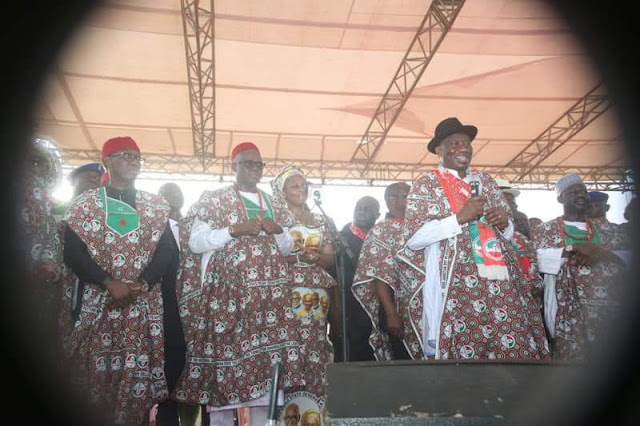 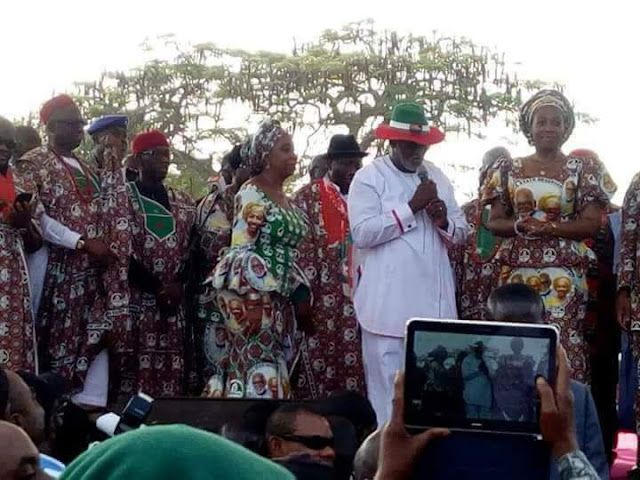 Some of those who spoke at the occasion also, include the Chairman, South-East Governors' Forum, Dave Umahi, Chairman of the PDP in the state, Prof. A.B.C. Nwosu, among others.
The event was attended  by a mammoth crowd of members of the PDP and supporters of Obaze's governorship ambition. 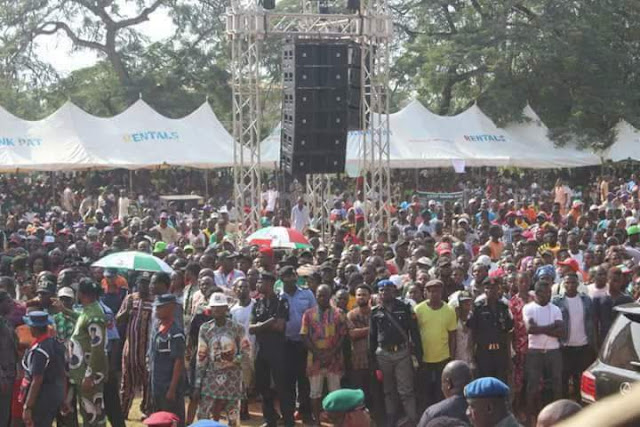 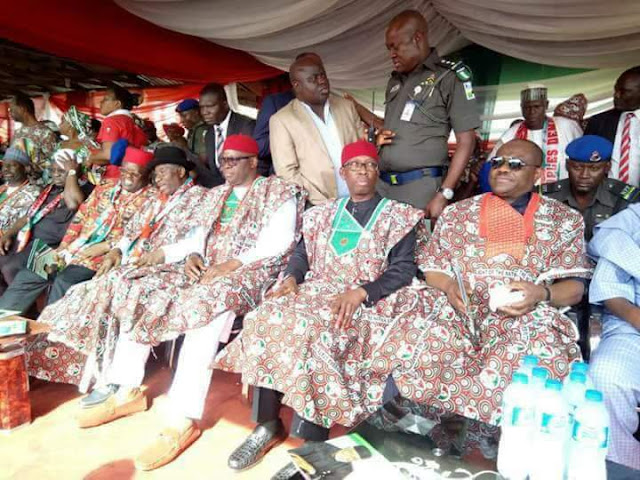