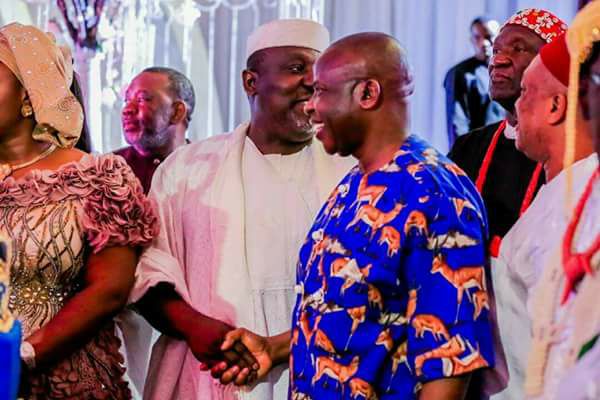 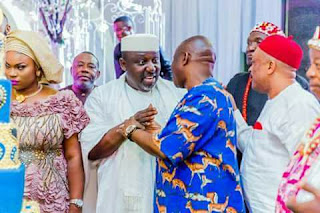 Sources at the event told okeomanews that the two politicians were in a happy mood throughout the event and were seen cracking jokes and smiling at each other.
"The two politicians were happy to meet themselves. They smiled at each other and were severally sighted holding each other's hands.Apart from political interests ,I think governors Rochas Okorocha and Ikedi Ohakim have mutual respect for each other". A source said. (Okeomanews)
Posted by BizzyAmb
Labels: News.