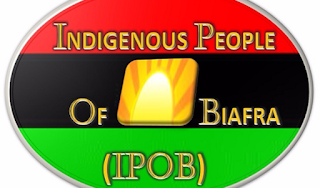 The ECOWAS court today said filing fresh documents every time by parties in a suit of enforcement of rights filed by the leader of the Indigenous People of Biafra (IPOB), Nnamdi Kanu against the Federal government is an attitude not acceptable to the court.

At the resumed hearing today, one of the judges on the three-man panel, Justice Alioune Sall told counsels that they were not in a Nigerian court but an international court which has a different way and "the process of bringing new documents every day is not allowed here."

Counsel to Kanu, Barrister Ifeanyi Ejiofor had told the court that the court had at the last sitting adjourned the case to today for definite hearing.

He said, however, "two days ago, my attention was drawn to a new process filed by the Federal Government challenging the authority of the court to hear the case."
He said the essence of the process filed by the FG was to truncate today's hearing, adding that the application is baseless on the face of it.

"We want the matter to be heard speedily as the court had earlier ordered. But we are sure they (FG) do not have any defence for the substantial suit hence the reason they filed this new process to truncate the day's hearing," he said.

He pleaded with the court to give them a short date to respond to the application. He also asked the court to award a punitive cost of N10 million against the FG.
Responding to Ejiofor's submissions, counsel for the FG, Barrister Maimuna Lami Shiru, an Assistant Director in the Federal Ministry of Justice, said whether the application was baseless or not is left for the court to decide.

She said they filed the application because the court had earlier asked for the issue to be addressed when new facts arise.
She said the application filed on November 14 was to bring to the attention of the court that the group (IPOB) Kanu is leading had been proscribed by the government.

She added that the entire case at the ECOWAS court had been overtaken by events since Kanu had already been granted bail and released from custody, and had subsequently jumped his bail.
Shiru said the court should discountenance the plea of N10million cost against the government since the failure to serve the application on the plaintiff earlier and the inability of the court to conclude the translation of the motion cannot be served on the government.

The three-man panel led by Justice Hameye Foune Mahalmadane who earlier noted that they were yet to receive the translated version of the application, thereafter adjourned the matter to February 7, 2018.
Posted by Unknown
Labels: IPOB